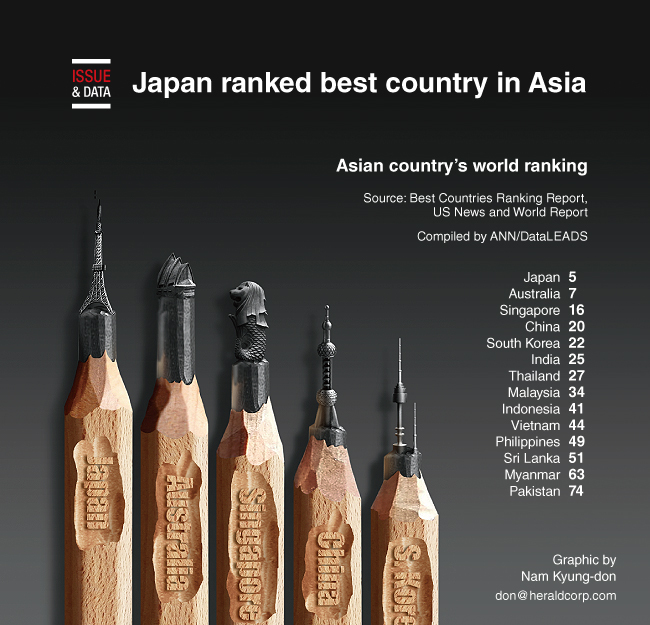 According to a survey, Japan and Australia are the only Asia-Pacific countries that feature among the top 10 best countries in the world.

The ranking of countries is ascribed with measuring factors like entrepreneurship, openness to business, adventure, citizenship and overall quality of life. The rankings evaluated 80 countries across 24 categories drawn from a survey of more than 21,000 global citizens measuring 75 dimensions that have the potential to drive trade, travel and investment.

Japan ranked the best country in Asia and fifth globally. Australia also features on the top 10 list of best countries. It ranked seventh globally and second in the region. It scored well on indicators like entrepreneurship, being open for business and cultural influence.