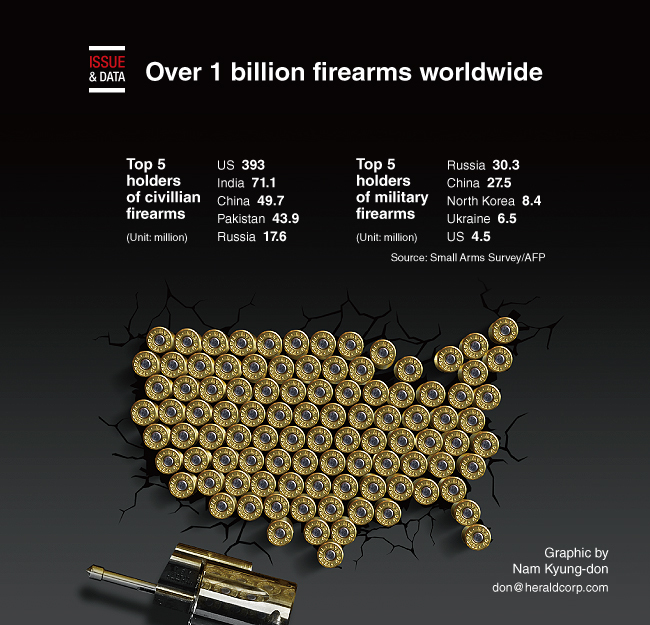 A new study of small arms estimates there are over 1 billion legal and illicit firearms in the world today, including 857 million in civilian hands - with American men and women being the dominant owners.

The report by the Small Arms Survey released Monday says 393 million of the civilian-held firearms - or 46 percent - are in the US That‘s “more than those held by civilians in the other top 25 countries combined.”

The estimate of over 1 billion firearms worldwide in December 2017 also includes 133 million held by government militaries and 22.7 million by law enforcement agencies, it said.

The new global figure is significantly higher than the 875 million firearms estimated in the last survey in 2007 which included 650 million civilian-held firearms, the survey said.