[Photo News] Seoul lights up on night of match against Germany

The Group F match between South Korea and Germany took place from 11 p.m., Wednesday in Korea.

Gwanghwamun Square in downtown Seoul was packed from corner to corner with people clad in red, praying for a “miracle.”

According to Soccer Power Index, the chances of South Korea winning the match with Germany had been predicted to be around 5 percent. 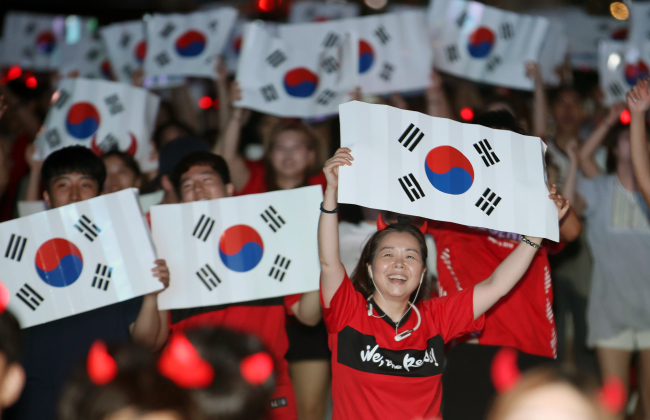 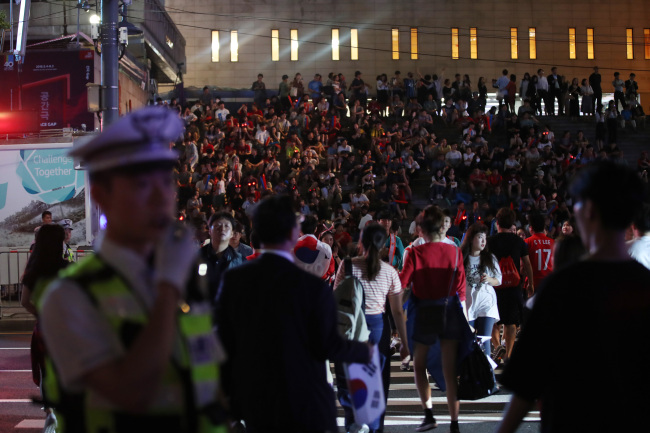 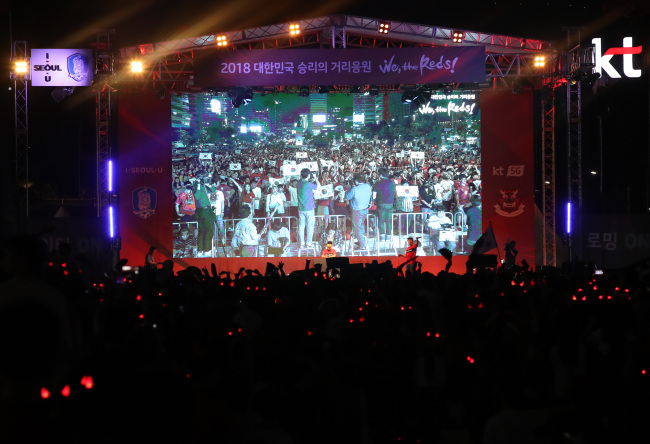 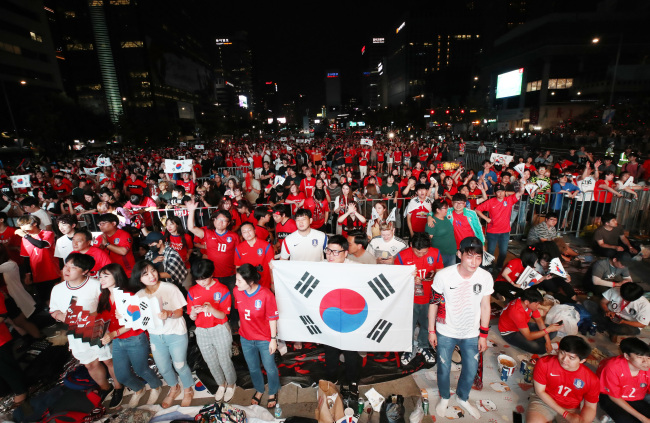 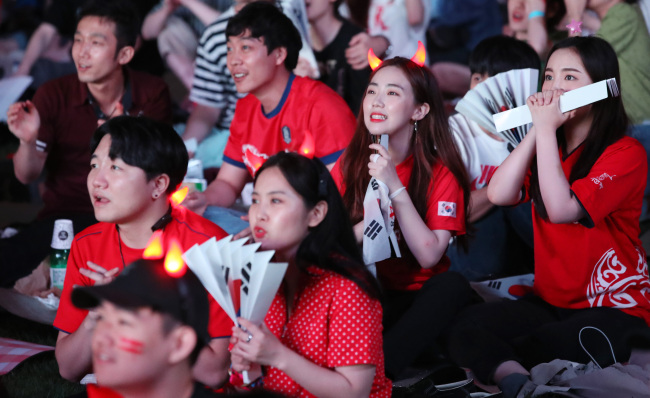 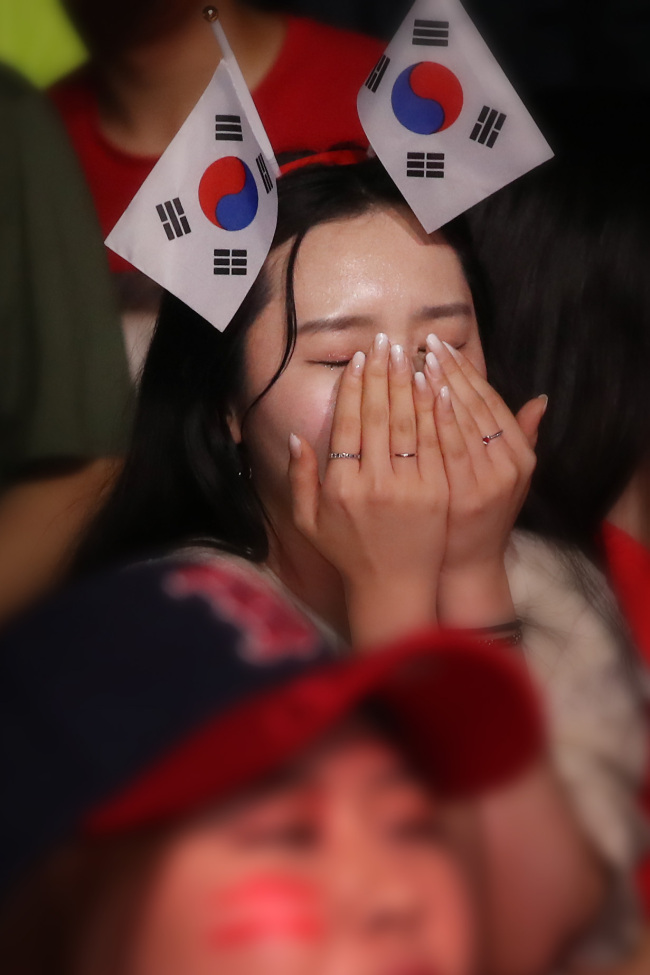 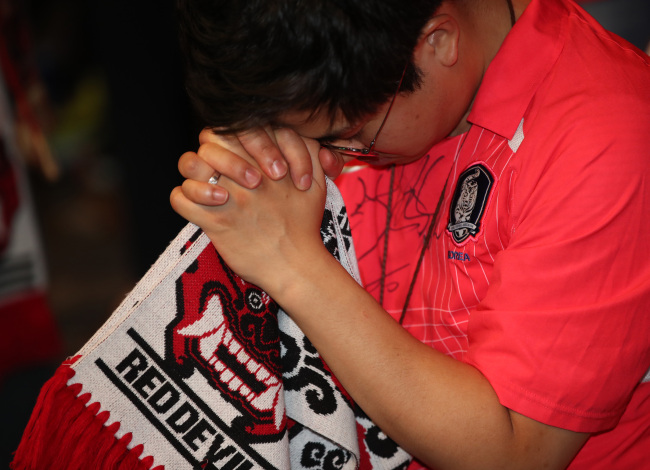 South Korea ended the match with two goals during injury time, leaving some fans in tears of joy. Despite the stunning win against the defending champion, Korea failed to go on to the next round. 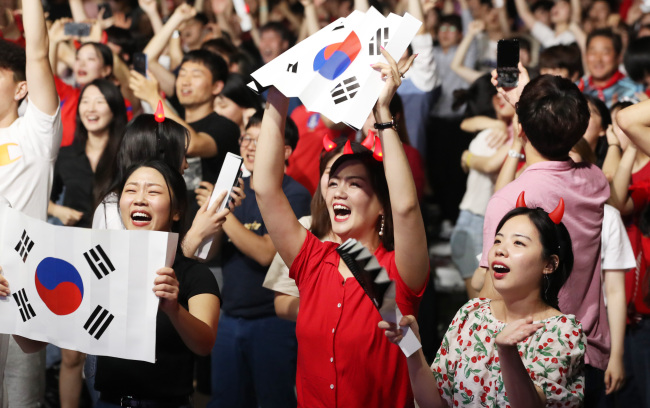 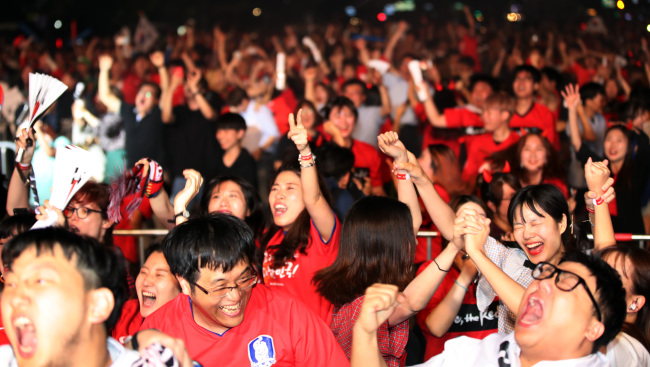 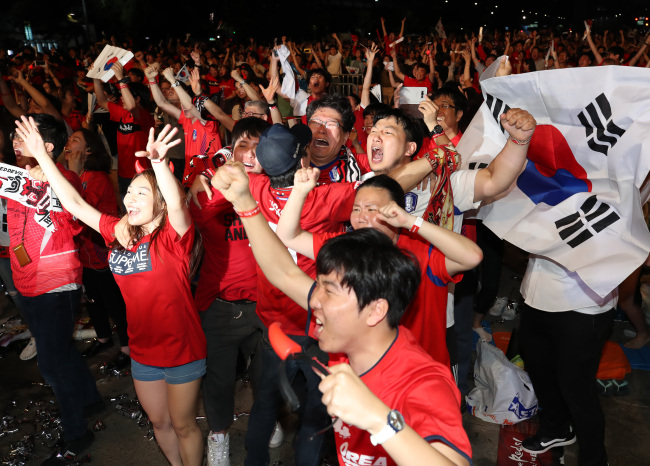 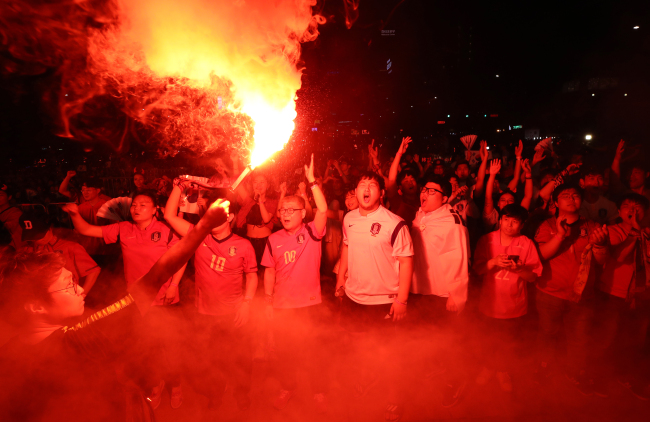 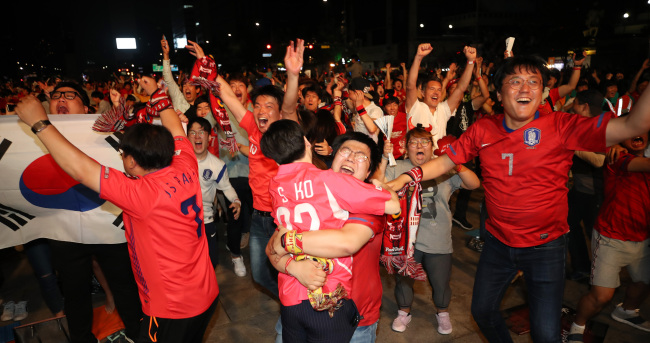 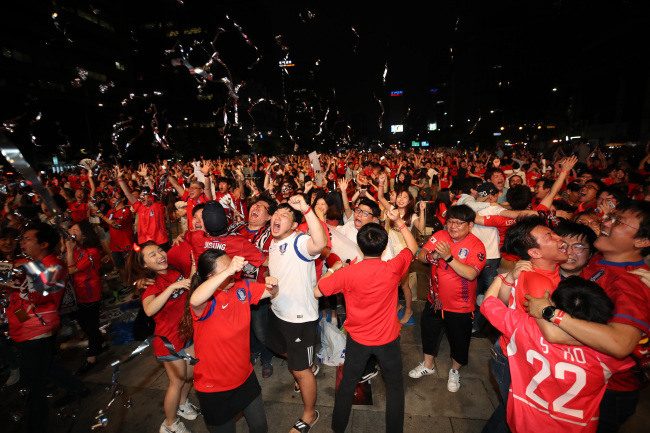