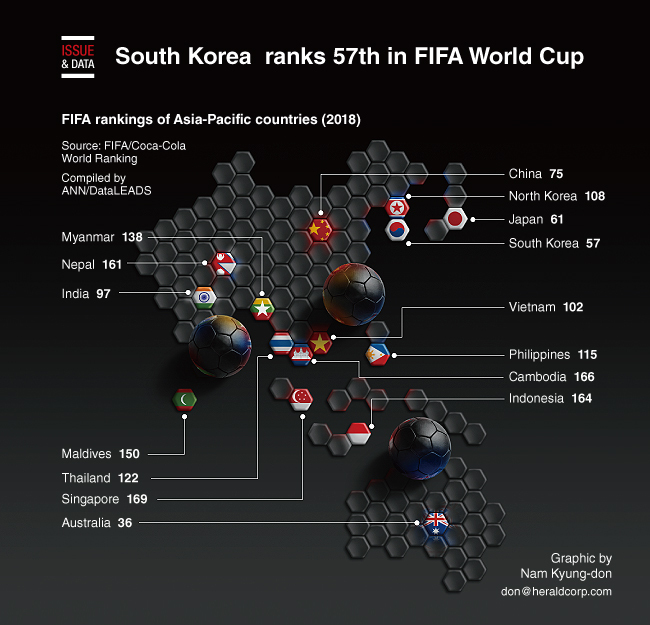 As the FIFA World Cup started in Russia last week, here is how Asia- Pacific countries are ranked by the global football body.

On the global ranking, Australia is the only country from the Asia-Pacific that ranks in the top 50.

Japan is ranked 67 and will be making its sixth appearance in this year’s World Cup. It is one of the most successful Asian team having qualified for the World Cup for last six consecutive years.