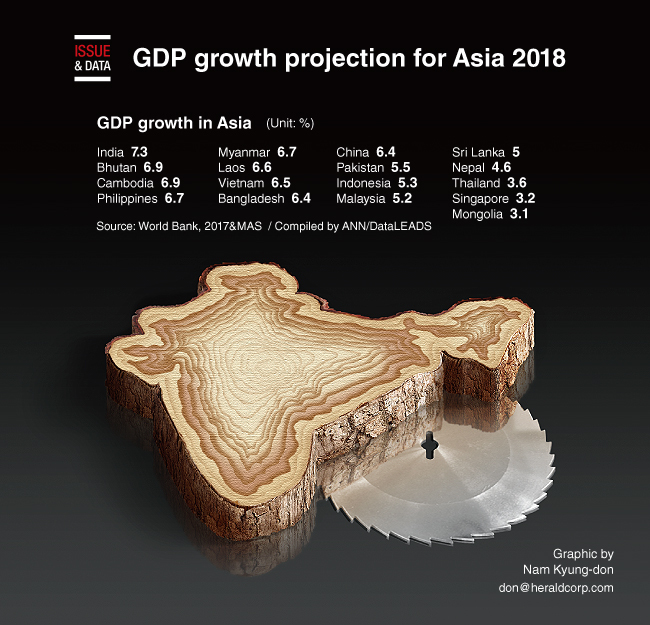 India is expected to be the fastest growing economy in Asia at 7.3 percent growth in 2018, according to the World Bank.

Boasting one of the world’s youngest workforce, India is projected to be the fastest growing economy in Asia in 2018. The country’s growth rate this year is estimated to beat other Asian economies, including that of rival China.

Cambodia, the Philippines and Myanmar are the other top performing countries in Asia, as per their rate of economic growth.