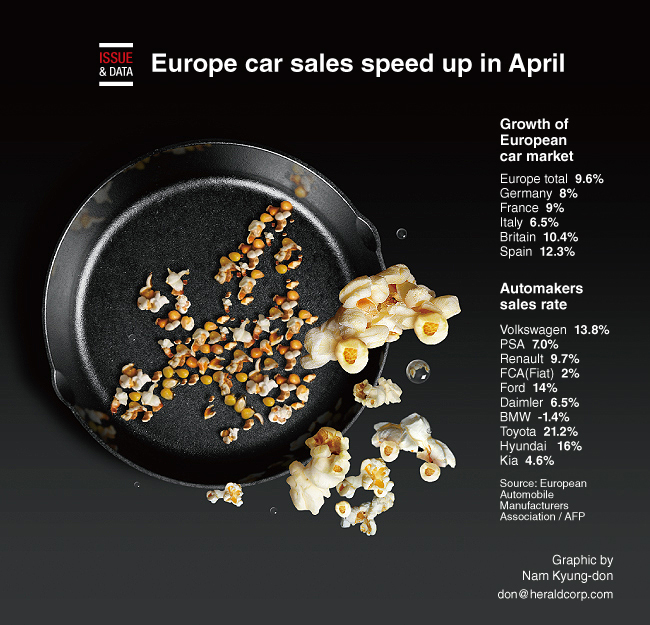 Car sales in the top European markets rose sharply in April, statistics showed Thursday, confounding fears that a slowdown in the eurozone's recovery might put the brakes on the continent's vehicle industry.

“In April 2018, the EU passenger car market showed a strong return to growth (+9.6%) after demand declined in March,” the European Automobile Manufacturers Association said in a statement.

The Spanish car market grew the fastest - by 12.3 percent - followed by the UK at 10.4 percent, France at 9 percent, Germany at 8 percent and Italy at 6.5 percent, data published by the association showed.