[Graphic News] Over 9,000 victims suffered from past governments' blacklists of artists 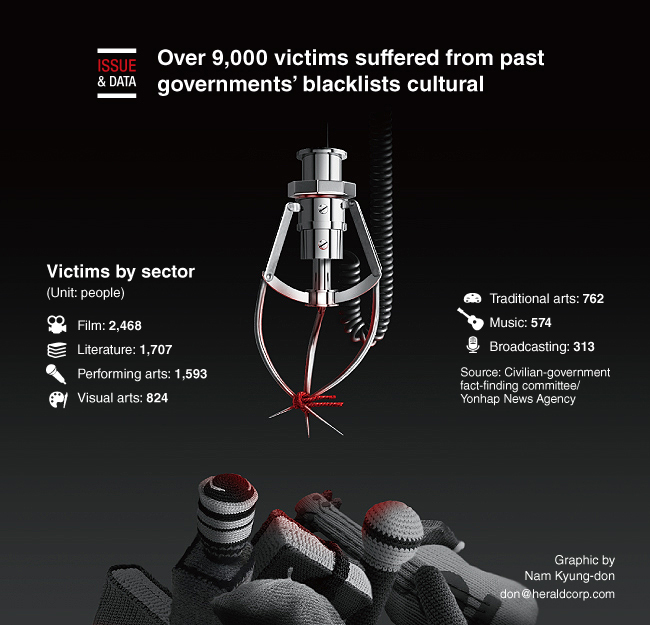 Nearly 9,300 artists or groups were unjustly excluded from state support or even illegally inspected under the past two conservative administrations for political reasons, a civilian-government fact-finding committee said.

After an about 10-month probe into nine kinds of blacklists of artists by authorities under President Lee Myung-bak and his successor President Park Geun-hye from 2008 to 2016, the committee tasked with looking into the blacklists said that 8,931 individuals and 342 groups were confirmed to have been subject to mistreatment.