By Kevin Lee Selzer
Published : May 9, 2018 - 17:46       Updated : May 9, 2018 - 17:46
JEONJU, North Jeolla Province - Out-of-focus camerawork through cracked doors, surging sounds of the ocean, bending genre and form -- this year‘s international competition at the Jeonju film fest has all the hallmarks indie cinema audiences could expect. 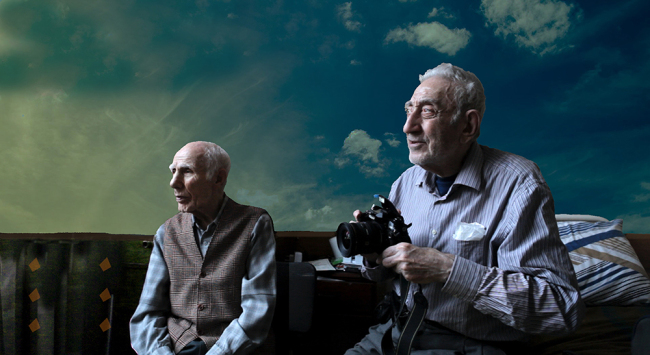 The interspersed episodes and anecdotes show elderly men seeking companionship, as much with the camera -- or woman behind it -- as with each other. Booming construction nearby and shots of workers there imbue it with a sense of circularity, while ambiguous fictional influences lend to a feeling of magical realism.

Absent, though, are the caretakers, letting the residents tell the story with vitality and a quiet dignity. “I know this is a very quiet film,” director Shevaun Mizrahi said after the first screening Saturday. “But I’d be interested in making something even more quiet.”

Similar in its evocation of a dreamlike state is “DRIFT,” a 95-minute nearly non-narrative exercise in cinematography that could be watched with eyes closed. Bookended by sparse dialogue, the main character seems to be the ocean that puts distance between two lovers.

Long shots of crashing waves and landscapes, along with booming bass that stretches the limits of a cinema sound system, tell the story. “DRIFT” ultimately washes over its audience, who move to the tides of the camera.

Another film with documentary elements in the category is Malene Choi Jensen’s “The Return.” Shot in Seoul and Incheon, the film exposes a piece of Korea’s unfeeling adoption system with a fictionalized narrative of two Korean-Danes searching for their birth families interrupted by moving conversations with Korean adoptees telling their own stories.

Probably the most internationally collaborative among this year‘s offerings is Marcelo Martinessi’s “The Heiresses,” filmed in Paraguay with help from Germany, Uruguay, Brazil, Norway and France.

Director Martinessi and main actress Ana Brun each won a Silver Bear for the film at the Berlin International Film Festival in February. Despite slack resources due to few films coming out of Paraguay -- Brun makes her film debut as Chela after a 20-year break from stage acting -- the visuals are stunning and the acting of the cast of nearly all older women is superb.

Fuzzy shots from unconventional angles obfuscate the action and a lack of information can confuse the audience at parts, but it all works together to tell the story of a woman facing up to a new reality.

In that reality, Chela develops her own sort of Uber taxi service for Asuncion’s elderly elite, as well as a sense of independence. “I want to tell a very intimate story (for) Paraguay,” Martinessi told the audience Saturday, “but (for) it to be understood abroad.”

One of the likely frontrunners in the category, “The Reports on Sarah and Saleem” is perhaps the most straightforward story with the greatest narrative drive.

The film opens with the steamy tryst of its titular characters: an Israeli cafe owner and Palestinian deliveryman. They play with fire in the affair that comes to involve Palestinian intelligence, the Israeli Army, imprisonment and loss of grace in a moral tale that explodes and seems bent on punishing all involved. Perhaps unavoidable in its Jerusalem setting, boundaries and borders are ever present, as the film explores their effects on the characters’ sense of righteousness and humanity.

Finally, lightening the mood is “Saimon & Tada Takashi,” a Japanese take on a teen sex -- or sexless, as the case may be -- romp interspersed with manga. As Saimon travels on a hapless quest to lose his virginity before finishing high school, he is joined by main character Tada. Tada also happens to be in love with his best, and only, friend in the indie spin on a sex comedy with a bit more heart, some unrequited love and a Japanese sense of style and humor.

The other films in the international competition at the Jeonju film fest are “Baronesa,” “Lemonade,” documentary “MATANG / MAYA / M.I.A.” and “Notes on Appearance.” Each film has a final screening between Thursday and Saturday, when the festival closes and awards three prizes in the category, including the grand prize of 20 million won ($18,500).