[Graphic News] More than half of S. Koreans trust NK willingness for denuclearization 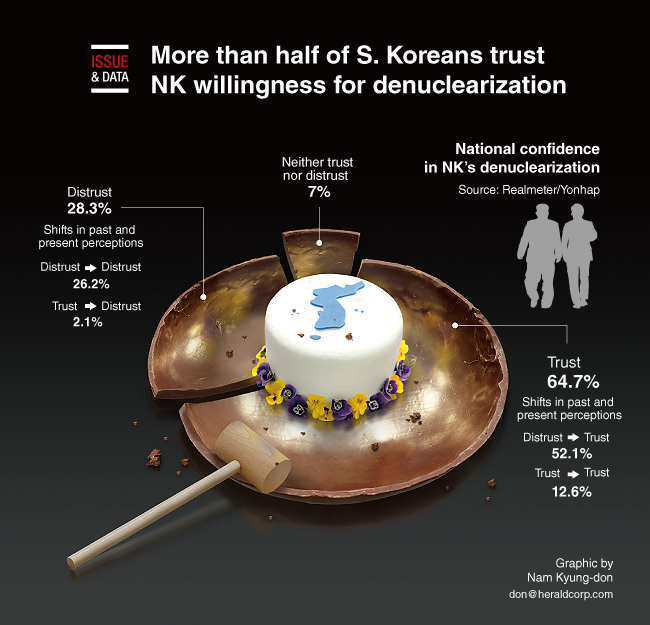 More than 60 percent of South Koreans have confidence in North Korea’s stated willingness for denuclearization and peace on the Korean Peninsula, a survey showed.

In a Realmeter survey conducted when the historic inter-Korean summit took place, 64.7 percent of respondents said they trust Pyongyang’s will to denuclearize and work toward lasting peace on the peninsula.

Those who don’t trust the communist state totaled 28.3 percent, while 7 percent said they were unsure.

In the same survey, 52.1 percent of the questioned said they used to distrust the North, but they now trust it, while 26.2 percent said they didn’t and still don’t trust the North.