By Rumy Doo
Published : May 2, 2018 - 17:07       Updated : May 2, 2018 - 17:07
Interest in North Korea has heightened following the inter-Korean summit that took place last Friday. In subsequent days, tourists have been flocking to a replica set of Panmunjeom, the border village where the talks took place and which received international media exposure for the entire day, located in Namyangju, Gyeonggi Province.

Though the original Panmunjeom and the surrounding Joint Security Area, located in Paju, have long been the target of global attention, access to the area is largely restricted.

Visitors can instead take photos at the Namyangju set, used often in films. Crowds gathered to the area the following weekend, according to reports.

Many posed over a replica of the demarcation line and imitated the now famous, lingering handshake between South Korean President Moon Jae-in and North Korean leader Kim Jong-un that took place Friday. 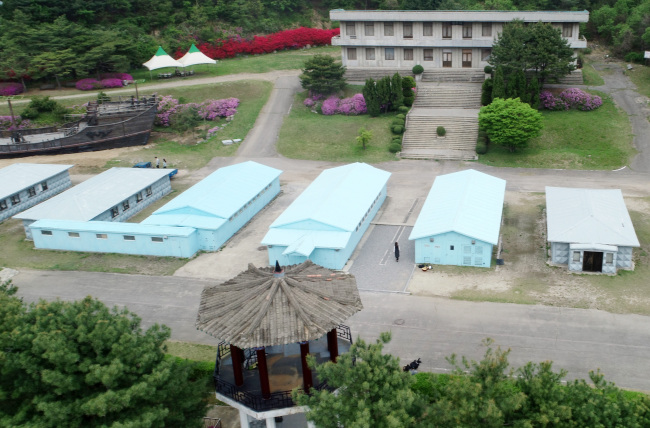 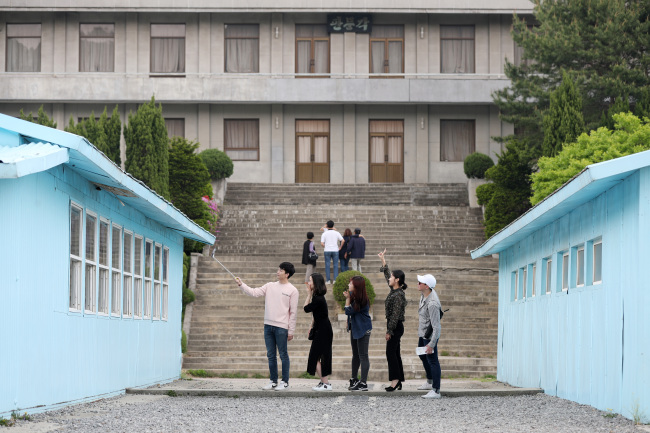 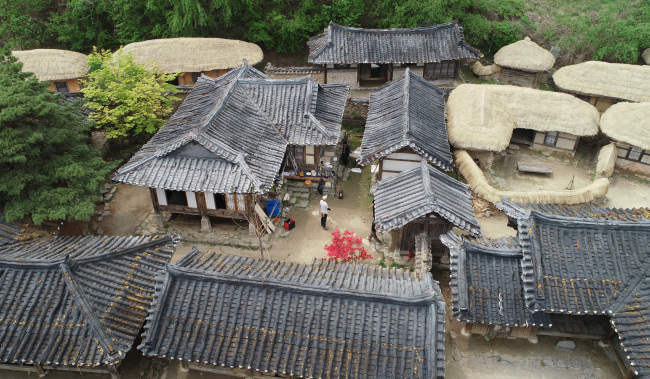 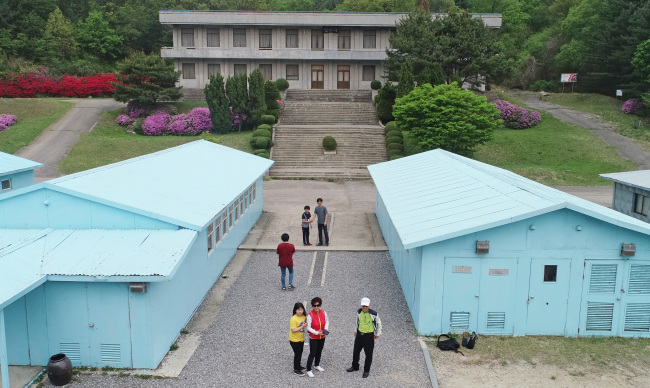