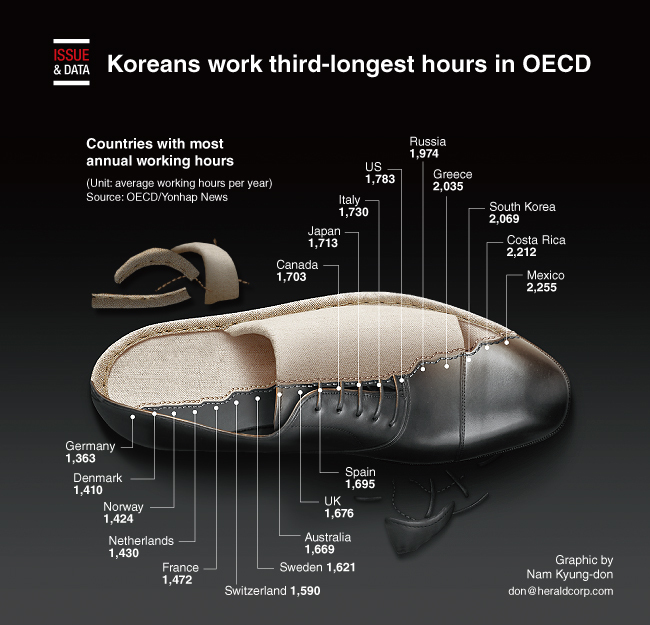 South Koreans work the third-longest hours among member states of the Organization for Economic Cooperation and Development, according to a report.

Employees in South Korea worked an average of 2,069 hours in 2016, compared to the OECD average of 1,763 hours. The figure includes part-time workers and those who work for part of the year, as well as full-time employees.

Mexicans worked the most, with average working hours of 2,255, the data showed.