By Kevin Lee Selzer
Published : Apr 30, 2018 - 19:06       Updated : Apr 30, 2018 - 19:12
The Korean competition at the 19th Jeonju International Film Festival has taken a youthful turn. According to festival organizers, much of the focus of the 10 Korean films competing this year is on the “anger and deprivation of young people,” even as Korean independent cinema itself can be seen evolving and maturing.

What you won’t find in this year’s local competition are the dysfunctional -- but still happy, or at least together -- families of previous years. The spotlight has shifted to damaged people with broken relationships and far-off dreams, with some seeking repair and some just to get by, as The Korea Herald previews in the three films that follow. 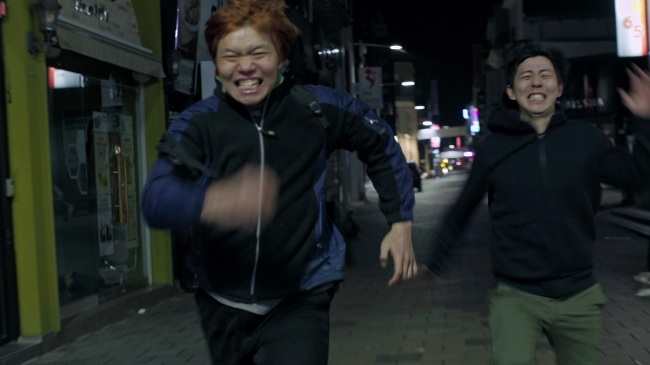 Cho Sung-bin’s “Dreamer” begins with meek North Korean defector Geun-su settling into a modest apartment in provincial Korea. The capitalist, “free” society surrounding him seems suffocating, as he seeks out normalcy while also searching for the brother he was separated from during their escape.
An ominous sense of foreboding grips the audience in every interaction Geun-su has. Who will be the one to take advantage of the sympathetic young man?

The pre-emptive anger is justified, as Geun-su is told by police he should pay off the thieving deliveryman he “assaulted” to get back his prized new Nikes.

Deliveryman and ex-convict Ji-hyuk is also a “dreamer,” and far from the only one seeking to exploit the defector, as the narrative pushes the two to work together through the criminal underground for Geun-su to find his brother and Ji-hyuk to seek a new life abroad. From there, the lines between criminality and enterprise blur, as Geun-su may not be as meek or innocent as he once seemed. 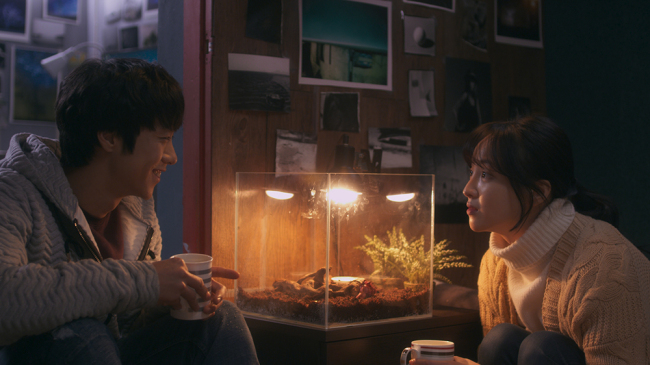 Jung Dae-gun’s premise in “Mate” is the tried and tired romantic comedy setup of a man who easily moves between women with no commitment, with the contemporary wrinkle that our would-be couple meets via a dating app like Tinder.

While relying on Korean rom-com cliches, the film can feel problematic in a post-#MeToo Korea. Male lead Jun-ho is persistent and charming -- or smarmy and creepy. He pushes drinks on female lead Eun-ji and dances on the edge of being too forceful. Yet to the film’s credit, Eun-ji is conscious of being used by men around her, even if she does little about it.
But the romance is more medium than message for “Mate.”

“Mate” sees a young man and woman struggling to get by in an economy and society that puts little value on what they do. They dream modestly. He wants a regular job and she seems to want to get by and be loved. They lie, they falter, they constantly use social media and they seek intimacy, and are surrounded by friends doing the same, as they look from the outside at others succeeding.

“Watching these people who can afford to get married is like watching a TV show,” Jun-ho’s friend says. “It’s like they belong to a different world.” 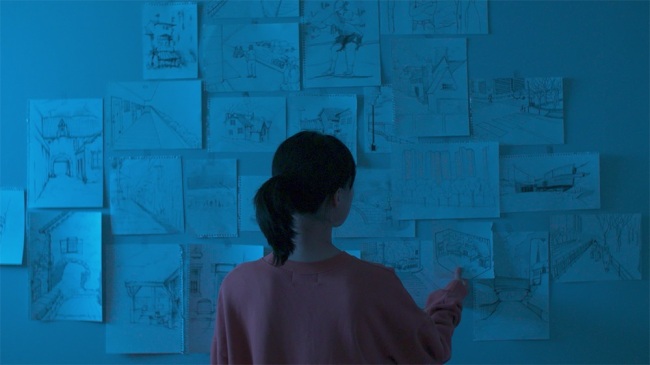 At the stage of life before the characters of “Mate,” Hae-rang in Hui Ji-hye’s “Graduation” has a zest for life and her ambitions, and a cheerful attitude to match.

The audience is quickly introduced to Hae-rang and her working mother, who dotes over her university senior daughter to her own neglect. Through a rapid turn of events and circumstances, however, Hae-rang finds herself with no parental support, swearing off even financial help as her mother moves from Seoul to her provincial hometown.

Though Hae-rang flexes her cheerful demeanor and time-management skills to quash the difficulties that keep peeking out, life seeks to overwhelm her. And if the film has a villain, its name is “work experience.” Hae-rang and best friend Eun-ah pursue their studies while encountering the conundrum of everything requiring real experience, with seemingly no way to obtain it.

“Graduation” ultimately sees its characters confront the all-too-real decisions of following their artistic passions, or deferring those dreams and opting for the more “practical” paths they are urged down.

For a list of screenings at the Jeonju International Film Festival, visit eng.jiff.or.kr.