The result? Awesome, but maybe not for those who haven’t been following the MCU.

“Avengers: Infinity War” kicks off where things were left off at the end of “Thor: Ragnarok,” when Thanos and his goons came face to face with Thor, Loki, Hulk and a group of Asguardian refugees. I have to stop there because even talking about the opening scene in length runs the risk of being a major spoiler. 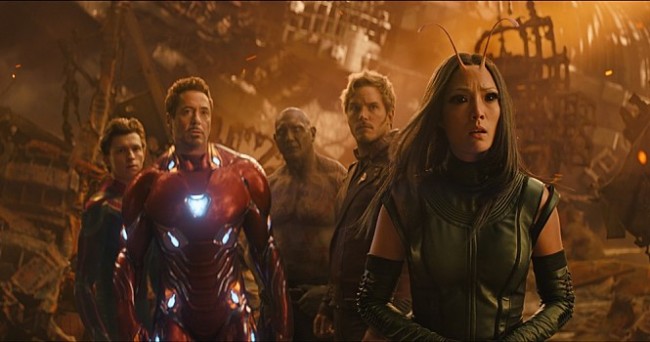 That’s what stands out the most about the film. None of the scenes feel like filler, as every single one has some significance in relation to the plot, whether action or exposition.

Beginning to wrap up the grand adventure of the film franchise, the film is jam-packed in every sense. The sheer number of heroes alone is enough to dwarf any other crossover film, from the Avengers team -- including Iron Man, Captain America, Thor, Hulk and Black Widow -- Guardians of the Galaxy and Doctor Strange.

Villain Thanos is nothing short of spectacular. MCU has had a reputation for its villains being less impressive than the heroes -- although it has recently made quality villain characters like Hela, Ego, Zemo and Killmonger -- but Thanos is by far the most memorable character in the movie.

It is not because of the anticipation and the build-up in the past decade, but he is the most-developed and complex character in the film. Imagine him as the protagonist -- he may as well be -- and the movie takes a completely different tone. 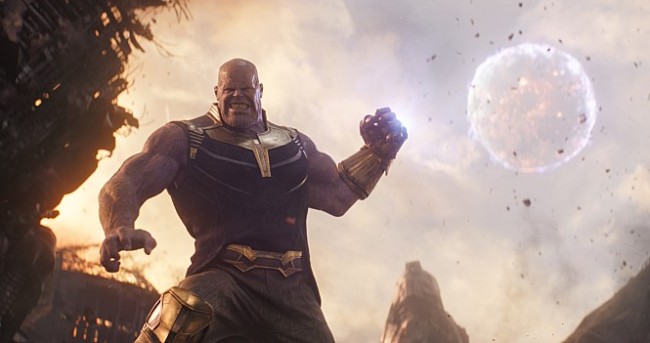 His henchmen -- who are his adopted children -- are also effective as secondary villains.

Distributing the screen time between all those superheroes is a tough job, but the directors Anthony and Joe Russo have done a good job. No characters are left out -- except Antman and Hawkeye -- unlike the past Avengers films that tend to focus on popular characters like Iron Man.

Action scenes are a grand spectacle and evenly paced between calmer scenes, and the plot point about the Infinity Stones is sufficiently explained.

As for the plot, it is certainly the gloomiest and darkest of the entire series. But there is another Avengers film next year that will continue the storyline, and the problems are likely to be resolved there, just as the depressing plot of “Empire Strikes Back” was resolved in “Return of the Jedi.”

The film packs a ton of action-packed fun and a lot of exposition, maybe too much for the casual cinemagoers. The movie is a culmination of the past 10 years, which means there is a lot going on in the film.

Why are Captain America and Iron Man not on speaking terms? You have to go see “Captain America: Civil War.” Why are Thor and Asguardians wandering off into space, and why is Hulk with him? You have to see “Thor: Ragnarok.” What on Earth is Wakanda? What are Infinity Stones? How is Scarlet Witch able to do that? These are all the questions the movie just assumes you know, and they make the “Infinity War” by far the hardest MCU movie to follow. 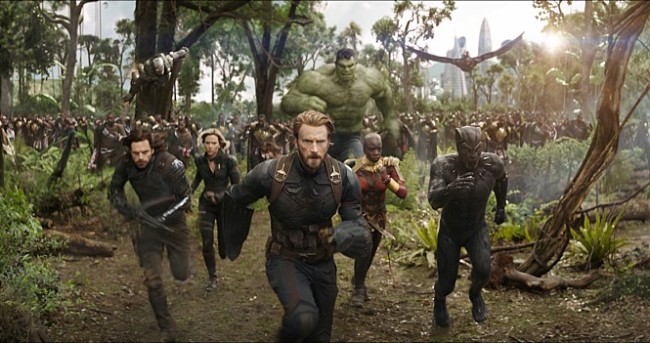 The beauty of “The Avengers” in 2011 was that it was very easy for everyone to follow. Sure there was some technology mumbo-jumbo, but those who do not care about all that could just as easily enjoy “Hulk! Smash!” and the ensuing action.

But as time went on, the things going on in MCU piled up. Other films in phase three of the franchise like “Black Panther” were able to suck audiences in with their independent plots, but “Infinity War” has to address all these points. The developments are scattered across 18 movies and it is too vast to explain in just one film -- even in one 149 minutes long -- which means it is harder than ever for casual moviegoers to follow everything.

This is not the Russo brothers’ fault. If anything, I don’t think anyone could have done the job better than these guys, who also convincingly depicted an epic fight between superheroes in “Civil War.” But this is an inherent problem when you’ve been telling a story for 10 years: You can get lost if you haven’t been following from the beginning.

There are also a few head-scratchers from the story perspective, such as Thanos and Gamora’s complex relationship that seems to come out of left field -- the only clue throughout the two whole “Guardians of the Galaxy” movies was Thanos’ vague “my favorite daughter” line -- and Star Lord’s downright idiotic move that had the audience kicking themselves in frustration.

But for many MCU die-hard fans, the only major problem may be that it is too short. Fans of Thor will be particularly delighted to see the God of Thunder finally getting the screen time and kick-ass action that he deserves in an “Avengers” film.

All characters show off their distinct characteristics, and it is a joy for the eye.

Some will feel that the content is a bit too much, while others will think it’s not enough. It all depends on your affection for the MCU.

Either way, it is a humongous film, just like its villain, and thoroughly enjoyable.

The movie opened in local theaters on April 25, and is set for US release on April 27.