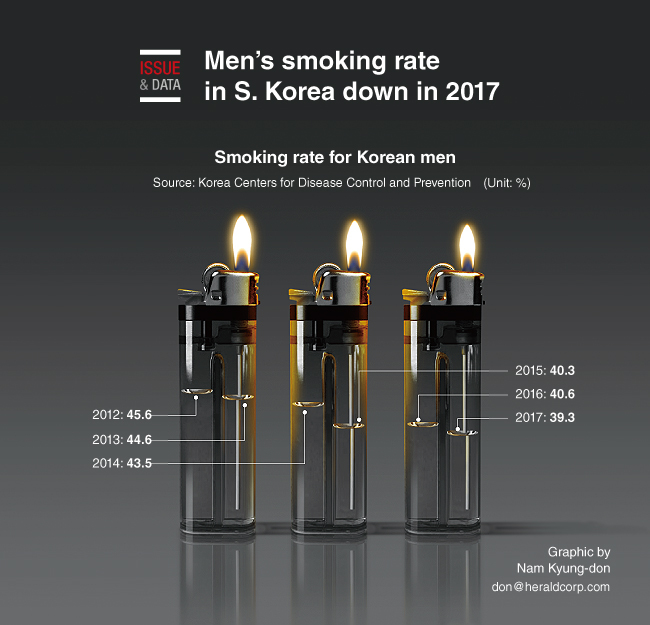 According to a survey from the Korea Centers for Disease Control and Prevention, the proportion of men who smoke came to 39.3 percent in 2017, down 1.3 percentage points from a year earlier. The survey was conducted with 228,381 adults here.

The smoking rate temporarily moved up to 40.6 percent in 2016 following a huge drop a year earlier due to an increase in tobacco prices.