A special cafe that caters to such customers is now open in Seoul; special, not for its menu, but for its guests -- only people who have reserved a blind date can visit the cafe. .

The cafe, temporarily operated by the production team, is situated in trendy Samcheong-dong, Seoul. The location was strategically chosen to put butterflies in participants’ stomachs with hopes of romance.

“I am 38 and I am not married yet. Dating is a topic that I am very concerned about lately,” producer Choi Sung-yoon said at a press conference in Seoul, Tuesday. 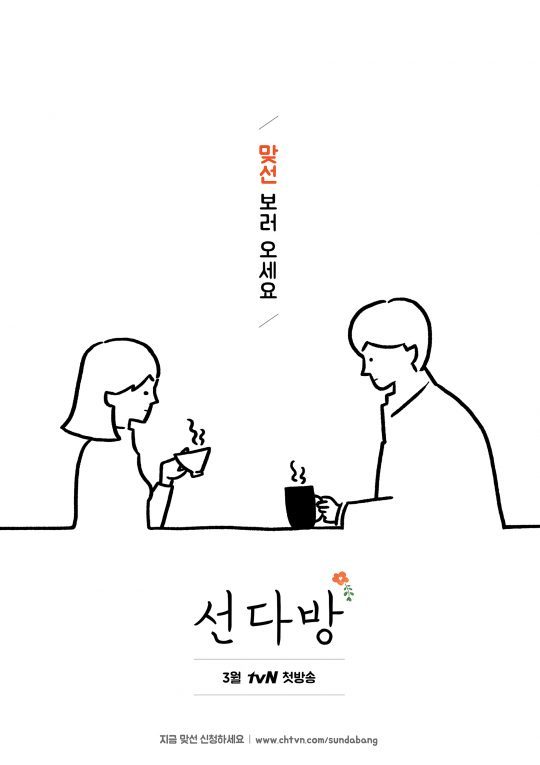 "Cafe Amor" (tvN)
Amid a flood of reality dating TV shows, the producer is sure “Cafe Amor” can differentiate itself from the others. He often wondered why dating programs featured only nice looking people with enviable careers.

“We will feature ordinary people who are like our friends,” he said. “The matching is done by comparing ideal types of the participants. We enlisted matchmaking professionals and now we have something of a database.”

The show won’t push participants to couple. “When we set up blind dates for friends, we only ask if it went well. It’s the same for the show. We don’t ask them if they are going to date or marry each other.” If a couple is a match, they can return to the cafe again for free.

(Shot and edited by Park Ju-young / The Korea Herald)

On the question of whether ordinary participants will be able to act freely without inhibition in front of the camera, the producer was confident it wouldn’t appear “too staged.”

“In the face of the topic of love, everyone forgets about the cameras. At first, participants can feel uncomfortable. But after five minutes, they forget all about the presence of the cameras,” Choi said.