By Sohn Ji-young
Published : Mar 6, 2018 - 16:08       Updated : Mar 26, 2018 - 11:17
Kakao Corp., the operator of South Korea’s most widely-used mobile messenger, is foraying into the blockchain technology business, with possible plans to raise new capital by launching and offering for sale its own cryptocurrency.

In doing so, Kakao is joining the herd of other major internet technology firms that have embraced blockchain and crypto coins as promising businesses and methods of fundraising.

Kakao on Monday announced that it is planning to launch a new subsidiary focusing on blockchain technology and other related services. It tapped Han Jae-sun, co-founder and chief technology officer of local startup accelerator FuturePlay, to lead the unit as CEO.

The new subsidiary, set to be formed as early as this month, will embark on various blockchain projects, and possibly pursue a so-called “reverse initial coin offering” where established firms raise new capital by launching a new cryptocurrency, according to The Bell, a local news site. 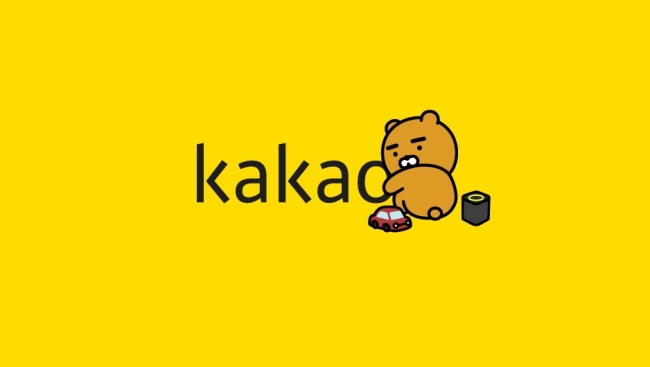 Kakao declined to comment on the specifics of the new unit, including the possibility of a reverse ICO. For now, the firm is reviewing the details of its blockchain business agenda, and plans to make an official announcement in the near future, according to a company spokesperson.

Nonetheless, there are high market expectations that Kakao will seek an ICO by offering a new crypto token -- possibly named Kakao Coin -- on grounds that the method is an effective way to raise funds quickly without hurting the stock value of existing shareholders.

An ICO is a fundraising mechanisms in which new businesses issue and sell their underlying crypto tokens to interested investors in exchange for existing cryptocurrencies like bitcoin and Ether with immediate value.

In an ICO, investors are buying crypto coins as a way to pre-invest in a business that has yet to take root. Theoretically, the value of the issued coins would rise as the value of the business’ envisioned service increases.

In a reverse ICO, the company initiating the offering is not a fresh startup which has yet to build a service, but an established company with a clear, accredited business model.

If Kakao does decide to pursue a reverse ICO, it will likely take place abroad, as the Korean government has banned ICOs to regulate the overheated cryptocurrency trading market and protect investors.

Similarly, Telegram is currently in the middle of a reverse ICO. Though it has yet to open its coin to the public, the firm has already raised more than $1.6 billion through a series of private presales, according to a report by The Verge.

Kakao’s foray into the blockchain market, as well as the crypto business, is unsurprising, considering its close ties to Upbit, one of Korea’s largest cryptocurrency exchanges where users can buy and sell digital assets like bitcoin, Ether and Litecoin.

Kakao, together with its venture investment unit K Cube Ventures, currently own a combined 23 percent stake in Dunamu, which operates Upbit.

Kakao’s move into blockchain and the crypto business also follows in the footsteps of Line, the Tokyo-based mobile messaging company operated by domestic rival Naver.

In January this year, Line Corp. established a new company, Line Financial, with aims to reinforce its position in the financial technology domain and to buttress its mobile payment business led by Line Pay.

Line said it established Line Financial to oversee the launch of various mobile-based financial services, including a cryptocurrency exchange made available for access on the Line app.

“With regard to the virtual currency related business, the application process for registration as a virtual currency exchanger has already been started with (Japan’s) Financial Services Agency, and it is currently under review,” Line said.

How will Kakao fund the formation of its new blockchain subsidiary? Though it is uncertain, the mobile giant is expected to make use of the funds raised via its sale of global depositary receipts to foreign investors in February.

At the time, Kakao raised around $1 billion by selling the global depositary receipts, which have now been listed on the Singapore stock exchange, according to the company.