“I poured everything into my role as Go Hye-ran that I have no regrets. I think ‘Misty’ will be my last well-made drama of my 40s. It was the drama that caused me pain but also the one I loved the most,” said Kim, who plays a lead role in the drama, during a press conference in Seoul on Friday, also attended by her co-star Ji Jin-hee.

The 16-episode romance thriller, which is currently mid-way through, follows the life of anchorwoman Go Hye-ran, played by Kim, who is ambitious and not afraid of taking risks for the sake of fame and success. But her life goes into a tailspin when she becomes a murder suspect in the death of a professional golfer who is also Go’s ex-boyfriend. Her estranged husband Kang Tae-wook, played by Jin, decides to rescue Go. He also gradually realizes his true love for Go and patches up the once-torn relationship with her.

Kim, who returned to the small screen for the first time in six years, detailed how hard it has been to play the hardheaded anchorwoman. The actress, who had often played a perky married woman, had to transform herself into a cold-blooded woman, and it took more than just practicing how to talk like an anchorwoman.

“Initially, playing an anchorwoman was my biggest concern. I realized that so many things have changed in my life in the last six years, from my walk to my voice, as I was living a casual life of a mother,” Kim said.

For the past six months, Kim hasn’t been eating rice, just eggs and chicken instead. Kim also said she has been listening to sensual music as it helped her learn Go’s attractive gestures and way of talking. All of them took her endless practice and observations.

”I‘ve always thought, ‘How can I portray this desperate and lonely Go Hye-ran? After the drama, the first thing I want to do is eat rice. After the drama, I think I will get sick both mentally and physically,” she said.

In the drama, Go throws papers in the face of a junior, yells at people and never keeps her chin down. She also never hesitates to fire back at some male co-workers who deride her and make condescending sexual jokes. Asked what led to the drama’s popularity -- the acclaimed drama’s rating peaked to 7 percent viewership for its 6th episode -- Kim suggested the sympathy it creates among viewers. 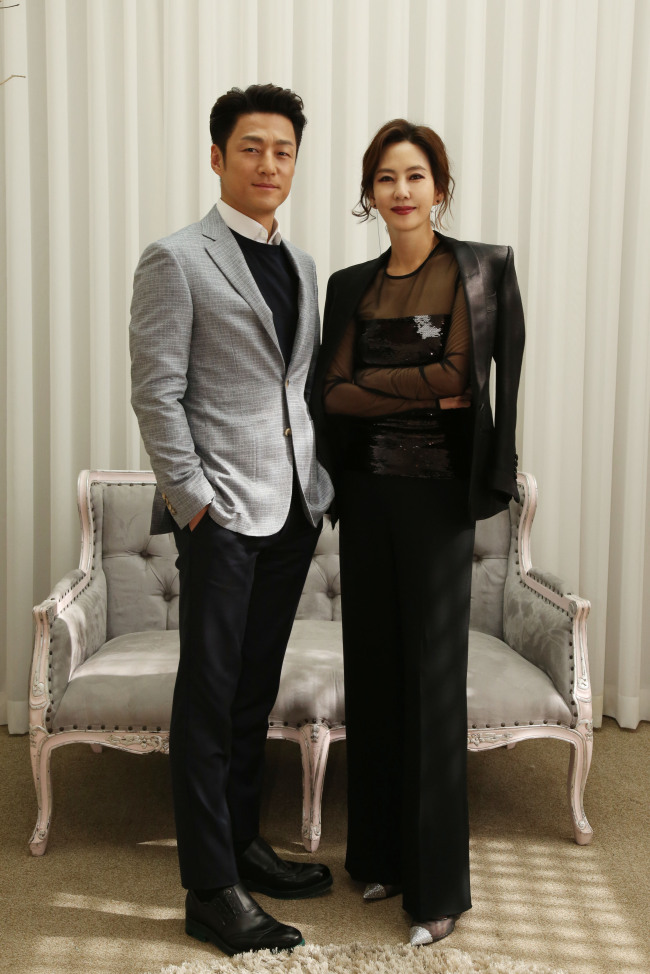 “At first, I couldn’t understand some of Go’s dramatic behaviors. But as time went on, I could sympathize with the character, as I’ve lived a very rough life too. Not only me but most people, they live fiercely to keep their places in this jungle. I think that’s why the drama has been able to draw so many viewers. Playing Go also gave me courage,” she said.

As the drama contains a considerable amount of scenes that pose sexual harassment issues within the office, Kim also addressed the ongoing #MeToo movement, saying she hopes the campaign will be an opportunity to “carve out rotten sides of society and purify the showbiz industry.” Kim said she has been paying close attention to the #Me Too movement, as she also used to hear a lot of insulting words when she was a junior. “Not only me, but anyone can be a victim of it,” she emphasized.

In a recent episode, Go, is about to start a new chapter as a Cheong Wa Dae spokesperson, when she is arrested by a detective just before leaving the television station.

Ji hinted that the drama’s ending will surprise many, as it will be shocking and unexpected.

“(The ending) will make you think ‘how can this happen?’ Onscreen character Kang will keep struggling to prove Go’s innocence, and many things will happen in between. It won’t be entirely fair for them, but it will be entertaining to watch,“ he said.