By Cho Yun-myung
Published : Feb 18, 2018 - 16:55       Updated : Feb 18, 2018 - 16:55
North Korean cheerleaders showed up at the men’s giant slalom games held at Yongpyong Alpine Center on Sunday, drawing the attention of spectators and reporters at the venue. The cheerleaders sported sunglasses while cheering for North Korean alpine skiers who competed at the games. The cheerleading squad was seen holding both the Korean Unification Flag and the flag of North Korea. 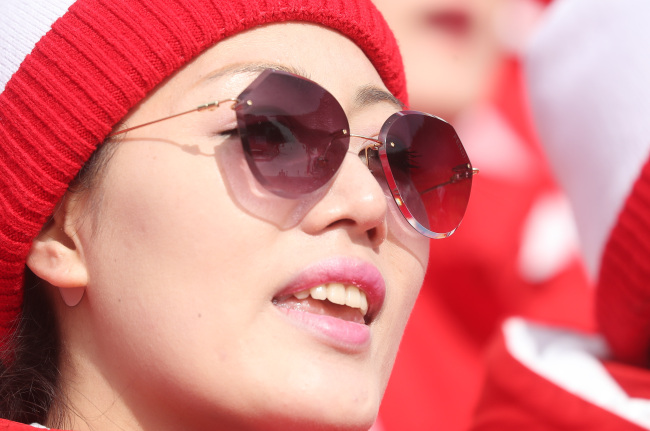 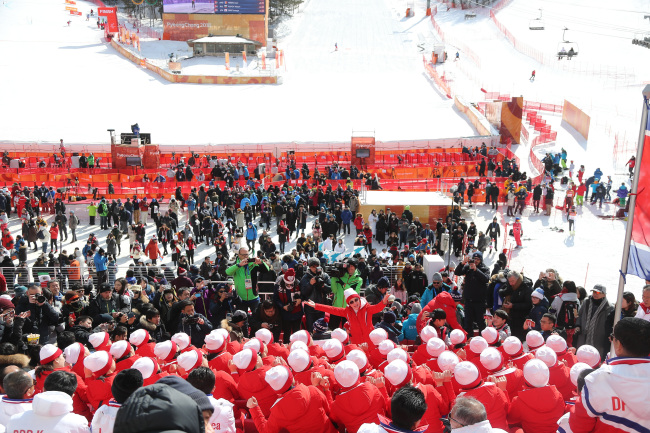