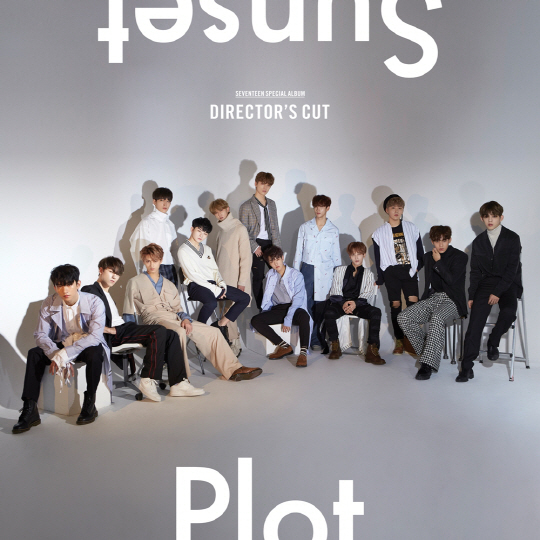 Whether they are crafted for special occasions or are part of the group’s regular album, Seventeen’s music has been improving with each new release.

The new songs are off-cuts that were not released at the time, but each of them sparkles with Seventeen’s signature bubbly energy, flagging themselves as perfect single material.

Opener “Thinkin’ About You” is a moderate mix of pop and electro dance, led by a bright hook “I’m Thinkin’ About You.” If the song, which agreeably lacks tension, doesn’t sound so catchy to you, “Thanks” offers more vitality. A lead track of the album, it gives a nod to the K-pop for emotive future bass sounds. Although the song’s message is simple -- saying thank you to fans -- in terms of sheer sonic force, “Thank You” is nothing short of a masterpiece.

The song follows the common formula of the group’s previous banger “I Don’t Want to Cry.” It slowly builds from the soft and melodic future bass drops blooming into its titular climax where the vocalists emotionally shout out “Thank You.” Although it is a fan song aimed at a certain group, the song is infectious enough that it can be enjoyed by a wide range of listeners. It may initially sound similar to other EDM-influenced K-pop songs, but after listening to it several times, the song certainly gives out more a mature and self-assured vibe than any other bangers.

The most impressive track from the album is “Run to You,” Seventeen’s first attempt at rock-pop that is reminiscent of a Japanese anime tune. While peppering the song with electronic guitar riffs is a rarity in K-pop, “Run to You” surprisingly fits well with the group’s sprightly image. It may be flamboyant, but it’s not overdone. And the song takes another bold step by ending abruptly, as if disappearing into an imaginary black hole in an appropriately cartoonish way.

When the new songs round out with jazzy-ballad “Falling For U” and the original tracks begin, listeners might forget that “Director’s Cut” is just an extension of an existing album.