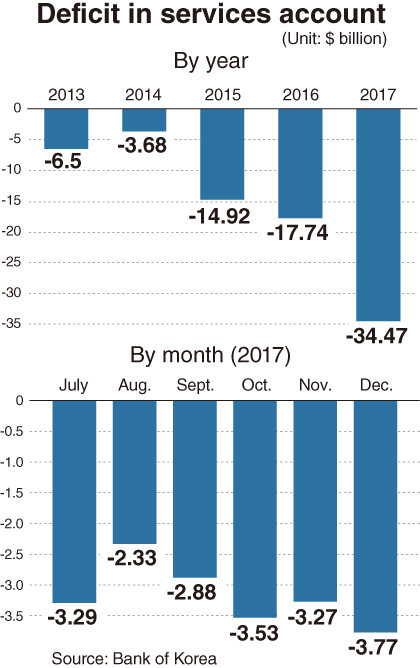 South Korea’s services account deficit widened to $3.77 billion in December last year, from a deficit of $730 million a year earlier due to a rise in overseas trips and foreign business services, preliminary data by the Bank of Korea showed Monday.

Such a sharp rise in deficit in the service account has led to the country‘s current account surplus to narrow in December, marking $4.09 billion, down from a surplus of $6.96 billion a year earlier.