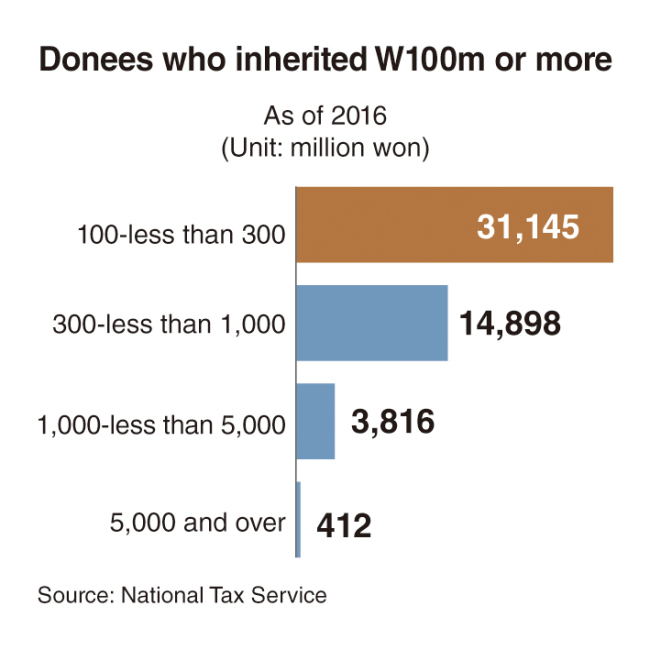 The number of donees who had reported gift taxes upon receiving at least 100 million won ($94,000) as of 2016 surpassed 50,000, increasing 21 percent from the previous year, data from the National Tax Service showed.

By rate of increase, the number of those aged 10-19 who inherited 100 million won or more shot up 31 percent.

Industry watchers said the rise in younger donees is a result of the preliminary handover of assets before their values further increase in order to minimize the amount of inheritance or gift tax.