The man’s family claims that Singapore Airlines, which operated his flight, and Incheon Airport Corporation should be held responsible, according to news reports.

The 52-year-old American man, who was traveling in Thailand, decided to return to his home in Los Angeles when his bipolar symptoms reportedly became more severe. His family reportedly wrote to Singapore Airlines to alert them of his condition and ask for special attention. 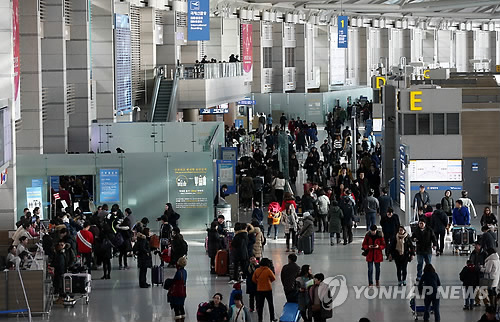 The man’s symptoms raised concerns among flight crew on the flight from Thailand to Incheon Airport, according to the air carrier.

While waiting for a transfer at Incheon Airport, Singapore Airlines decided that the man needed special care and asked Incheon Airport for support. The man was put under the care of a security official at the airport on Dec. 18.

“We received a request from Singapore Airlines and agreed to allow the passenger to stay at a hotel within the transfer center,” said a spokesperson for Incheon Airport. “We also kept an eye on him and did what we could, but at an airport where 200,000 people transit every day it is impossible for us to control any one passenger’s movements.”

On Dec. 19, the man was caught on CCTV cameras moving from the hotel toward the concourse. He jumped from the fourth floor down to the lobby on the third floor and was immediately moved to a nearby hospital. He remains in critical condition.

Neither Singapore Airlines nor Incheon Airport said they have received an official notice from the man’s family asking for compensation.

Incheon Airport denies any liability, while Singapore Airlines told The Korea Herald that any official stance on responsibility is “currently being discussed.”