S.M. to hold auditions in 10 countries

The upcoming auditions, titled “2018 S.M. Global Audition,” will begin in Korea on Jan. 21 before traveling to 45 cities across 10 countries, including China, the US and Japan, until December. 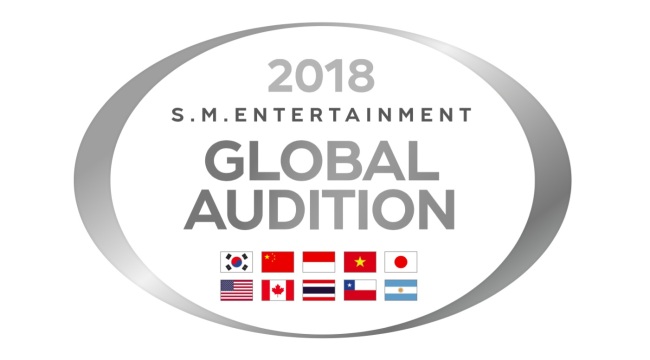 S.M. will also be holding an audition in Vietnam for the first time.

Auditions will be held in five cities in Korea -- Seoul, Jeonju, Daejeon, Gwangju and Jeju. They will take place in Seoul at Coex on Jan. 21 and Feb. 9.

The agency said candidates can apply to audition in five categories -- vocal, dance, acting, modeling and writing/composing music -- and it is open to applicants of all nationalities, gender and ages.

For more information, visit the agency’s website at https://audition.smtown.com/.