The measure for Korea -- which came a week after lawsuits were filed against the company in US -- appeared without an official notification and too late to calm local consumers who have been demanding free battery replacements. 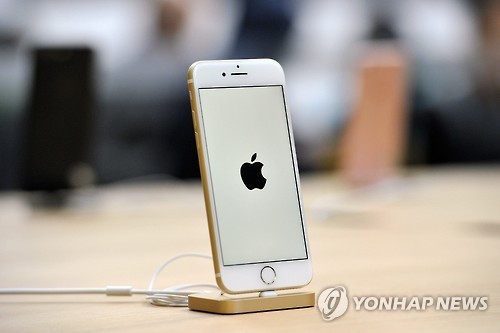 “Consumers can change their battery at Apple service centers from today. It won’t be more than 34,000 won ($32),” Apple Korea told reporters on Tuesday. The current battery price is 100,000 won.

In Korea, more than 240,000 users already joined to file class-action lawsuits against the US tech giant which will still go ahead even after Apple’s new compensation plans.

“Apple’s latest compensation plan appears to be insufficient for the damages inflicted to local consumers. Regardless of the discounted batteries, we will proceed with the lawsuits,” said Cho Gye-chang, an attorney who represents the complainants at Hannuri.

Last month, Apple admitted to slowing down older iPhone models, multiple lawsuits have followed in five nations, including the US, Israel, France, Korea and Australia, amounting to nearly 1,000 trillion won in damages. Making an apology, Apple had said on Dec. 28 it would cut the price of a battery replacement by $50 to $29 through next year for US consumers.

The growing number of battery-related issues have become a major challenge for leading tech firms, as the performance and charging of the battery beyond safety have become significantly influential to sales and brand profile of their smartphones.

Last month, Samsung also faced challenges in the US where some users of Galaxy Note 8 and Galaxy S8 Plus were found to have been unable to recharge their smartphones when the power level hits zero percent.

Samsung has confirmed the issue and said it will look into the case while downplaying it as a very limited number of reports.

“Battery issues are not indeed new to handset makers. Faulty products always existed although they were not conspicuous due to a limited number of reports. However, since Note 7 battery issue swept the world last year, even small battery issues are appearing in the limelight,” said Kim Jong-ki, a researcher specializing in the mobile industry at the Korea Institute for Industrial Economics & Trade.

Last year, Samsung recalled over 2 million units of Galaxy Note 7 worldwide after finding defects in some of the batteries that led to the final cost to the company’s bottom line at over $5 billion.