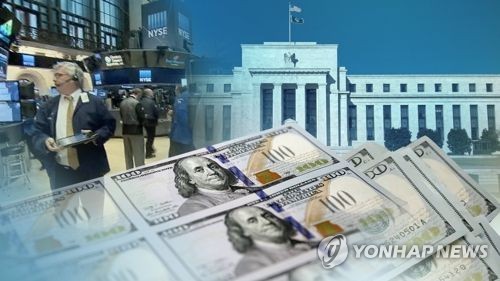 The Fed is widely expected to raise rates during its policy meeting next week, as it has begun increasing borrowing costs from record lows set in the wake of the 2008-09 global financial crisis.

On Dec. 1, the Bank of Korea increased its key rate by a quarter percentage point to 1.5 percent amid clear signs of an economic recovery, ending the 16 months of its wait-and-see stance.

If the Fed raises its key rate by a quarter percentage point to a range of 1.25 percent to 1.5 percent next week, it will further narrow rate gap between South Korea and the U.S.

The Bank of Korea is expected to raise its key rate two times next year, analysts have said. (Yonhap)