‘StarCraft’ pro gets ‘foot up’ on rival 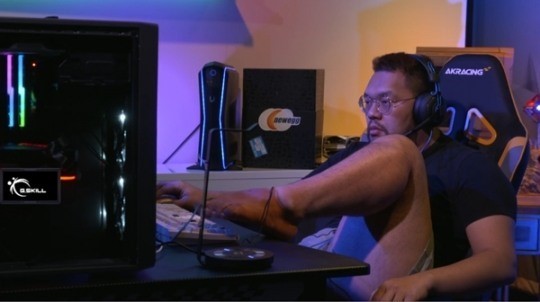 In the first game of the series, Lim purposely took one of his own characters out of the competition by making it dance, putting himself at a significant disadvantage.

In the next game, he rested his hand and subbed in his left foot to tap a few keys.

For the third and final game of the match, Lim reclined in his chair, apparently intent on catching a quick nap.

And, to the surprise of the commentators and viewers everywhere, he easily swept all three rounds.

Some in the gaming community didn’t see the humor in Lim’s showing off, however, as he was scolded severely for his poor manners. Many viewers condemned his behavior, labeling it “impolite.” Some Chinese media outlets have insisted that Lim never be allowed to compete in major competition again.

Lim defended himself through his personnel channel on Korean livestreaming service Afreeca TV, saying, “I was permitted by an authority of the event before the game. No worries.”