[Album review] Time for EXID to push beyond boundaries 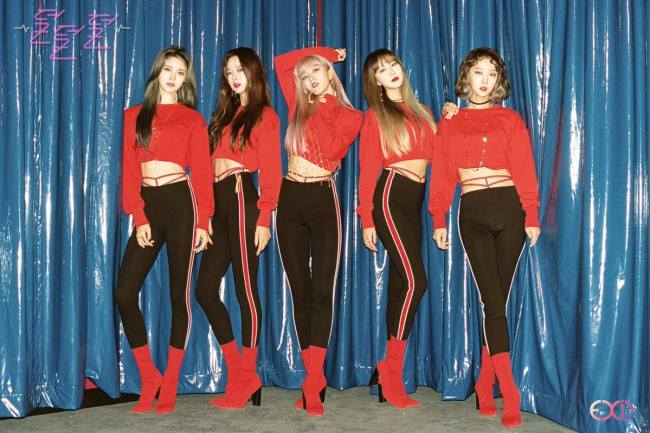 EXID has its specialty in seesawing along the line between bass heavy and melodic sophistication. Except for its groovy pop ballads, most of the group’s work, such as “Up & Down” and “Ah Yeah,” has centered on beat-laden electro pop, usually composed of LE’s fierce rapping and the vocalists’ climatic chorus that tempers down the overall “badassedness” of the song.

K-pop fans may have dug such formula in the past, turning EXID into one of the most distinctive acts in the scene. But in the group’s latest single “DDD,” the classic EXID formula seems to be wearing thin.

It’s true that “DDD,” the lead track off its fourth EP “Full Moon,” could be sensual for some if the song were the listener’s first encounter with EXID. LE’s addictive chanting of “dul dul dul” is a true earworm and vocals are impeccable.

But longtime fans will immediately notice the familiar flair, kicking off with repetitive electronic big sounds, followed by LE’s rapping and chorus with fixed melody. On top of it all, the connection between the song’s heavy verse and its breathy chorus sounds unnatural. The transition sounds like a forced effort to fit into the previous structure.

The six-track “Full Moon” features pop ballad “Too Good to Me” as well as “Dreamer,” “Alice” “Weeknd” and “Foolish,” solo tracks from Solji, Jeonghwa, Hani and Hyerin, respectively.

Including the song from Solji, who will not participate in the group’s promotional activities due to a health problem, is touching and appreciated. But maybe filling the whole track with a single vocalist was too much of a challenge for the group, as the works of the four vocalists are bland, lacking in nuanced sounds and musical diversity.

Overall, “DDD” doesn’t hit the right notes the way “Up & Down” and “Ah Yeah” did. Maybe it is time for EXID to push beyond its boundaries before the magic fades.