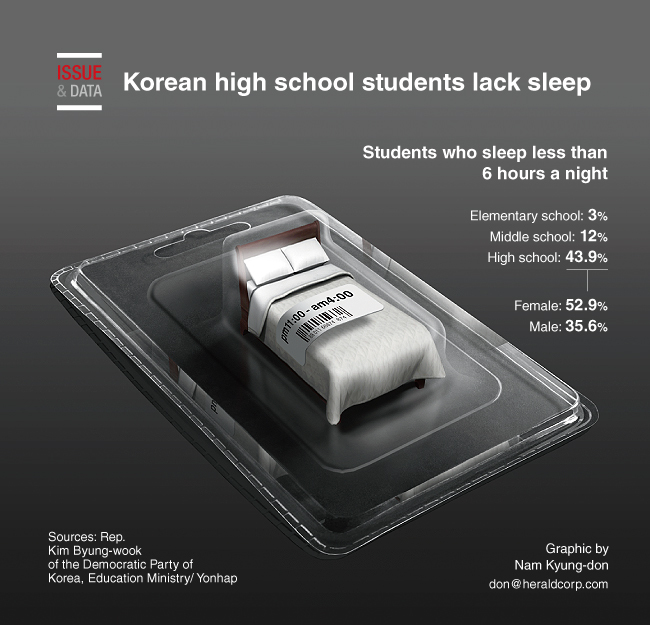 About 1 in every 4 high school students in Korea sleeps less than six hours a night, due mainly to excessive studying, causing concern over their physical and psychological health, a lawmaker said, citing the results of an Education Ministry survey.

According to the survey of 82,883 students at 765 high schools nationwide on their sleep between April and September last year, 43.9 percent of respondents reported that they had slept for less than six hours per night, Rep. Kim Byung-wook of the Democratic Party of Korea said. The comparable figures for elementary and middle school students were 3 percent and 12 percent, respectively.