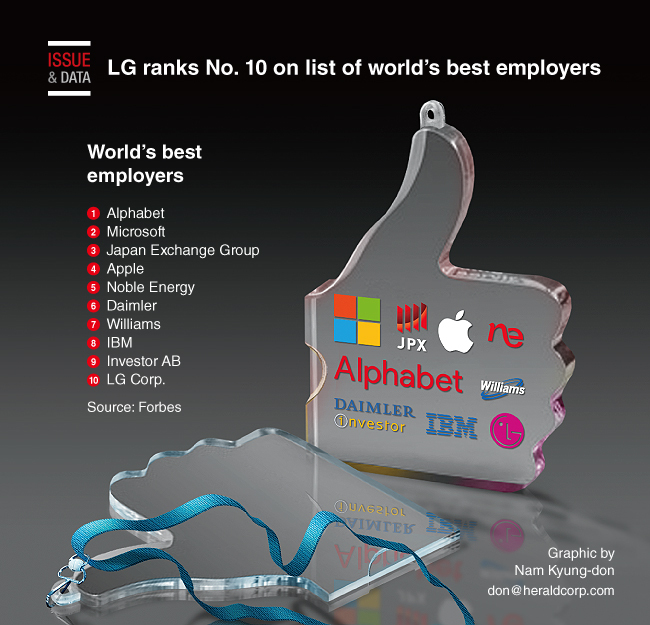 South Korean electronics giant LG Corp. took 10th place on the list of the World’s 500 Best Employers, according to a Forbes report.

Google parent company Alphabet, with a workforce of around 72,000 employees, topped the list after its employees credited it with having excellent working conditions, diversity and company image.

Eighteen Korean companies are also on the list, including LG Display (33), Samsung Electronics (65) and CJ Group (67).