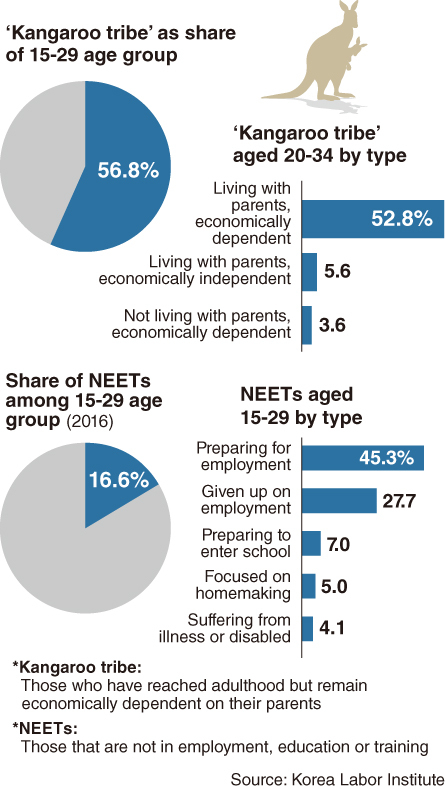 Nearly 57 percent of those aged between 20 and 34 remain economically dependent on their parents even after reaching adulthood, showed a report released during a conference held by the Korea Labor Institute.

The report pointed out that these group tend to have a negative perception of society.

Another report showed that among those aged 15-29, nearly 17 percent were not in employment, education or training.

The ratio was 5 percentage points higher than the OECD average of 13.9 percent.

The conference noted that with the youth believing housing stability is the most important factor in starting a family, the job creation policies by the government should also factor in housing problems faced by the younger population.