Korea’s mobile carriers SK Telecom, KT and LG Uplus began receiving online reservations for the iPhone 8 and iPhone 8 Plus on Friday. Korea was included in the iPhone 8 series’ third wave of international releases following their official global debut on Sept. 22. 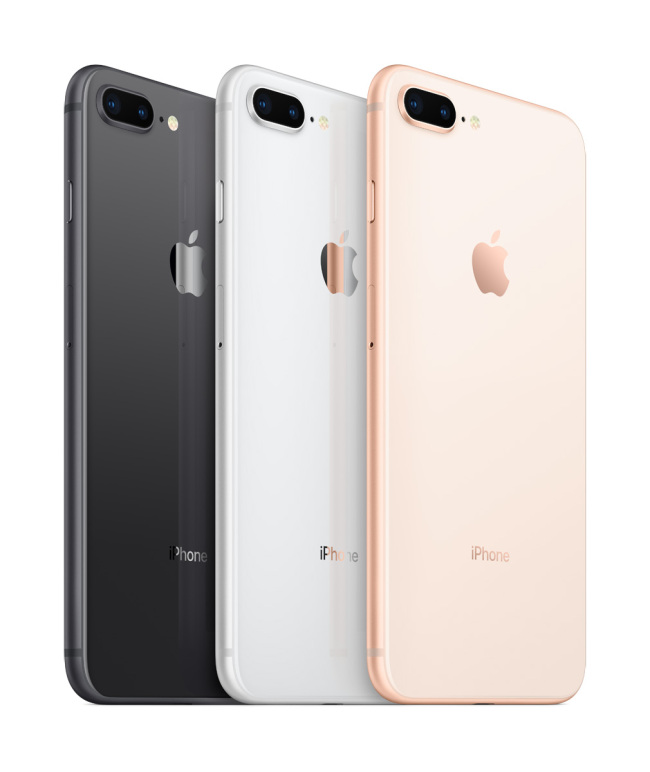 KT, which holds the largest number of iPhone subscribers in Korea, said its first batch of iPhone 8s allocated for preorders -- 50,000 units -- had sold out in 30 minutes on Friday morning. SK Telecom and LG Uplus still have room for preorders of the two phones.

The reception falls short of the hype led by the launch of iPhone 7 last year, when preorders were immediately closed at all three of Korea’s mobile carriers shortly after reservations began.

Market watchers expect Korea’s demand for the iPhone 8 and the iPhone 8 Plus to remain lukewarm, following in the footsteps of other global markets where the smartphone duo has been posting lower-than-expected sales records.

In the first month after their launch, the iPhone 8 and its larger Plus model together held only 2.4 percent of the total iPhone market share, according to market research firm Localytics.

This was less than half the share claimed by its predecessors — the iPhone 7 and 7 Plus — in the first month after its launch, and also the lowest for a new iPhone since 2014, the firm said.

“With only a combined market share of 2.35% after one month, the iPhone 8 models are the worst performing iPhones of the last several years.” Localytics wrote.

“The previously lowest adoption after one month was for the iPhone 6S models, which had still secured 4.3% of the total market after one month,” it added.

One factor diminishing consumers’ appetite for the iPhone 8 is the higher-spec iPhone X which is slated to debut globally on Nov. 3. Apple has yet to set an official launch date for the upcoming device in Korea.

The iPhone 8 has also been facing safety issues involving the new iPhone 8. Reports of swelling batteries inside the iPhone 8 have emerged in some global markets including China, Canada and Greece, prompting Apple to begin an investigation.

In Korea, Apple’s iPhone 8 as well as the upcoming iPhone X are slated to compete with other premium smartphones including the Samsung Galaxy 8, Galaxy S8 Plus and Note 8 featuring a curved full-screen OLED display.