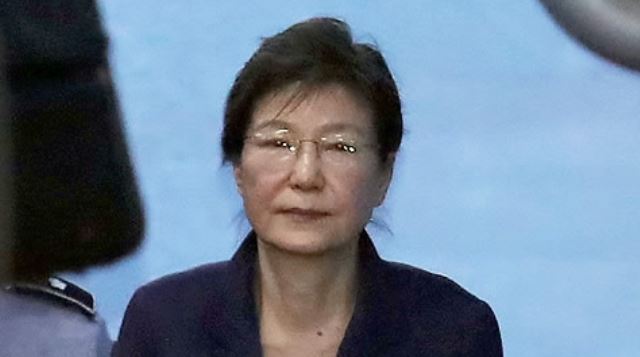 [1] The 22nd edition of the Busan International Film Festival, running through Oct. 21, was in full swing over the weekend. Cinemagoers say the overall mood had been significantly more festive than that of the previous year, when a political struggle and boycott clouded the festival.

[2] “The programming is richer, and you can tell how much effort went into planning,” said Park Yoon-seon, 28, who worked at BIFF four years ago and attends every year. “There are more films, more guests and more interest in the festival this year compared to last year.”

[3] Favorable weather conditions Friday and Saturday have helped as well, said Lee Seung-yoon, 30, a copywriter who also attends BIFF every year. Though light rain poured throughout Sunday, the rest of the week is expected to see a lot of sun.

[4] “Last year, the atmosphere was quite bleak. The sets at BIFF Village in Haeundae had collapsed from the storm,” said Lee. “This year feels much more upbeat and energetic.”

아이튠즈(아이폰): https://itunes.apple.com/kr/podcast/koliaheleoldeu-paskaeseuteu/id686406253?mt=2
팟빵 (안드로이드): http://www.podbbang.com/ch/6638
[1] Former President Park Geun-hye, who is standing trial over the corruption scandal that led to her ouster in March, unleashed pent-up frustration during a court hearing Monday, calling her case a “political vendetta.”

[2] Speaking at length for the first time since her trial began in May, Park said she could not “accept the court’s decision to extend” her detention, which was originally scheduled to end Monday but was extended by another six months by judges Friday.

[3] Monday’s hearing was the first court session since the decision. It also coincided with what could have been the day of her release from a solitary cell in a detention center outside Seoul.

[4] “I have spent a miserable time in jail for the trial in the last six months, and already lost all my dignity and life after a person betrayed the trust that I had given (to her) in the most unthinkable way,” she said at the Seoul Central District Court, reading a prepared text.