Foreigners and individuals offloaded a net 377.1 billion won and 159.6 billion won worth of local stocks, respectively, targeting some major tech stocks, a move seen as cashing in recent gains, market watchers said. Meanwhile, institutional investors were net buyers and snatched up a net 507.2 billion won worth of shares. 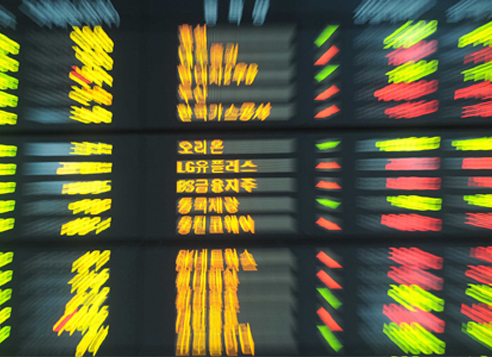 "Investors are forecast to wait on the sidelines as heightened geopolitical tensions are forecast to continue ahead of the long holiday," said Kim Dae-joon, an analyst at Korea Investment & Securities Co.

Large caps had a mixed day of trading.

The local currency closed at 1,136.8 won against the US dollar, down 5 won from the previous session's close.