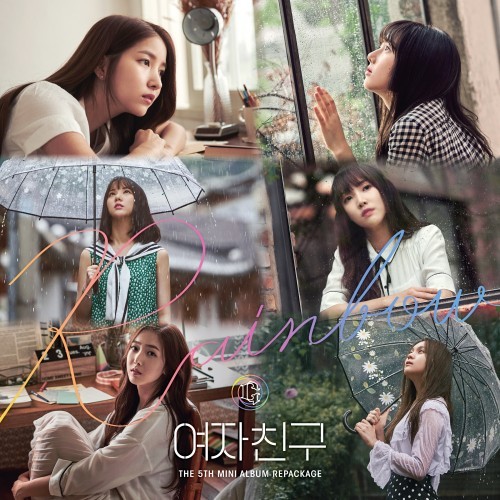 People’s infatuation with upbeat Japanese animation theme songs may account for why GFriend has been able to carve out its own niche and even rise as a chart-topper with tunes that recall Japanese anime.

Sticking to a specific sphere of music may be effective, but GFriend’s songs are becoming too similar to one another.

The K-pop group recently returned with “Rainbow,” the extended release of its fifth EP “Parallel” released in August.

The album introduces two new tracks, the lead song “Summer Rain” and “Rainbow.” Their cheerful and summery synth sounds are easy on the ears -- as always -- mainly because the songs sport characteristics already found in GFriend’s previous works.

A beautiful piano melody intro for “Summer Rain” is the cherry on top, recalling a scene from the Taiwanese film “Secret” where a couple plays the piano together amid a mysterious atmosphere.

Immediately followed by the propulsive beat of drums that drastically changes the mood, the song displays GFriend’s signature mellow vocals and anime-like melodies. But then one may notice that the tune overlaps with GFriend’s “Love Whisper.” It’s not a surprise, given that a majority of GFriend’s songs share certain elements that are characterized by youthful retro sounds and rhythmic beats.

“Rainbow” also gives the impression that one day it may actually debut as a theme song for a Japanese anime. One thing for sure is that the addictive beat and interweaving electric guitar sound that twinkle and glide throughout the song will not fail to lift listeners’ mood.

Maybe it’s a good opportunity to reflect on your childhood memories with this gift from the six summer fairies of GFriend.