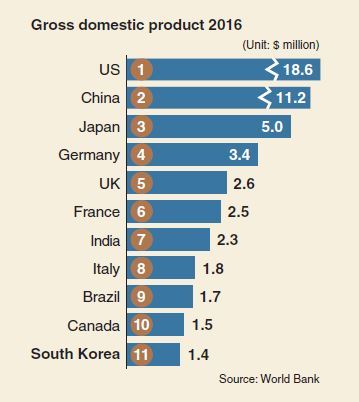 South Korea’s gross domestic product ranked 11th in the world in 2016, with its per capita income based on purchasing power remaining unchanged, data from the World Bank showed Wednesday.

The country’s global standing remained unchanged from the previous year.

GDP refers to the total value of goods and services produced within the economy. Aside from ranking 10th in 2005, Korea’s GDP had stayed below the 11th rank for 11 straight years.