According to Korean Film Council figures, 970,516 tickets were sold for screenings on Wednesday of “The Battleship Island,“ the largest figure achieved by a movie on its first day in Korean cinemas.

The previous record was held by “The Mummy,” starring Tom Cruise, which opened in June. The film amassed 872,965 tickets on its opening day. 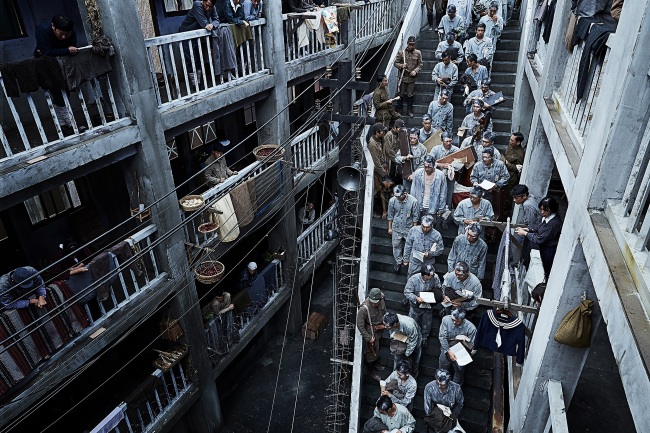 Previously, the film that had occupied the largest number of screens was last year’s Marvel superhero flick “Captain America: Civil War,” with 1,991 screens.

The film’s distributor CJ has faced accusations of monopolizing screens for numerous films in the past, including last year’s “Operation Chromite.”

Director Min Byung-hun, known for 2015’s “Love Never Fails,” criticized the company via social media Wednesday, saying, “I did not even expect coexistence (with other films). But (CJ) should at least have a conscience.”

In response to the controversy, CJ said Thursday there could be an exaggeration in the numbers. But the company acknowledged that around 2,000 screens had been readied for the film’s opening.

CJ added that “the number of screens on which to show the movie is decided by each individual theater and is unrelated to the distributor.”

The movie, directed by Ryoo Seung-wan and starring Song Joong-ki, Hwang Jung-min and So Ji-sub centers on the mass escape of Koreans who were forced into slave labor by the Japanese on Hashima Island.