South Korea is investigating the case of a North Korean defector who became a celebrity refugee in Seoul, but recently appeared on Pyongyang television to claim she had returned home from the “hell” of the capitalist South.

Lim Ji-Hyun, a female defector in her 20s, arrived in Seoul in 2014 and soon became a public figure after starring in several South Korean TV shows featuring escapees from the North.

But on Sunday Lim abruptly appeared in a video on the North's propaganda network, describing how her “fantasy” about the wealthy South had been shattered. 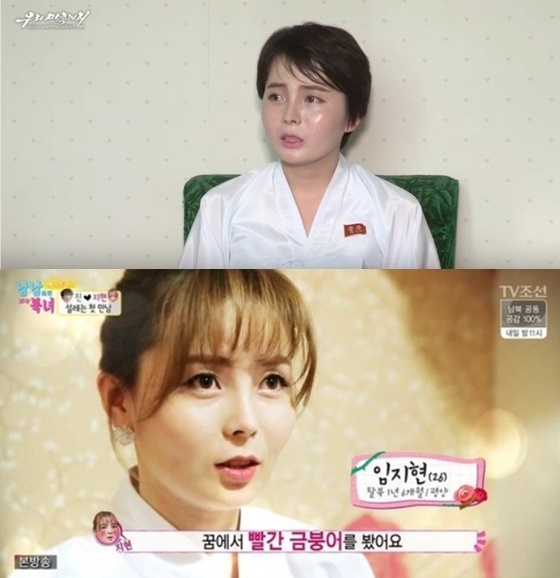 In the video, posted on the North's Uriminzokkiri website, Lim says she had “returned home” last month and was now living with her family in the western city of Anju.

It is unclear whether Lim returned voluntarily, with South Korean media speculating that she might have been kidnapped at the Chinese border with the North while trying to reunite with her family.

Seoul police sources who probed Lim's home and financial accounts in Seoul told the South's JoongAng Ilbo daily there was little sign of her trying to wrap up her life in the country and move elsewhere.

In the video, Lim identified herself as Chon Hae-Song, which she said was her real name in the North.

Wearing a traditional silk hanbok and red badge bearing the images of the North's two former leaders, Kim Il-Sung and Kim Jong-Il, Lim tearfully detailed her “miserable” life in the capitalist neighbour where “money is all that matters.”

“I went to South Korea harbouring this fantasy that I would able to eat and live well there, but the South was not the place I imagined,” she said, adding she wanted to become an actress in Seoul.

“Every single day in the South was like hell. Every night ... I cried thinking about my motherland and my parents in the North,” she said.

Lim also accused a Korean TV station of pushing her to lie about her life in the North to make it sound more miserable than it actually was.

“Everything I said on TV was scripted ... to make North Koreans look barbaric, ignorant and stupid,” she said, describing herself as “human trash”.

Other defectors who have reappeared in the North have been displayed on similar programmes, prompting speculation they had been kidnapped by Pyongyang or coerced into returning by threats to their families.

Many defectors who reach the South hire brokers to take their remaining family out of the North through the border with China, and some even visit the Chinese border areas themselves -- a dangerous move in a region monitored and frequented by North Korean agents.

The North has tightened border security since young leader Kim Jong-Un took power in 2011, sharply reducing the number of defectors and increasing the cost of hiring brokers. (AFP)