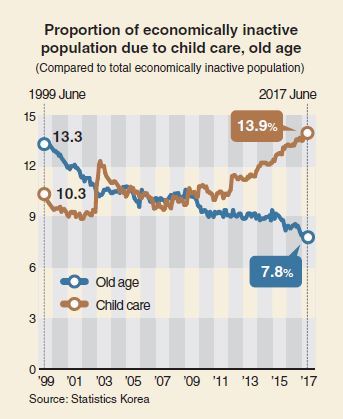 The number of South Koreans who are economically inactive due to reasons related to child care has dropped to a record low this year amid the country‘s chronic low birthrate, data by Statistics Korea showed Tuesday.

The total number of economically inactive people aged over 15 stood at 15.83 million last month. Of them, about 1.24 million people, or 7.8 percent, were categorized as people not looking for work because they have to take care of children. It is the lowest since the government began collecting the data in 1999.