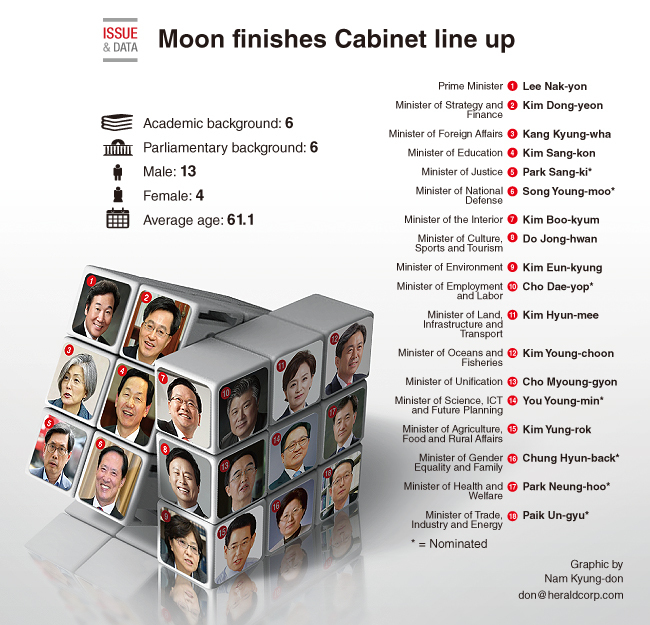 The complete lineup of President Moon Jae-in’s inaugural Cabinet is out, although nearly half of them are still in the process of parliamentary confirmation. Ten of the 17-member Cabinet, including the prime minister, have taken office.

Here’s a look at the lineup.

Six hail from academia while another six have had terms in the National Assembly.

Thirteen are men and four are women.

Moon wants to add a position to the Cabinet -- the minister for small and medium businesses. The plan, included in a broader government reorganization, requires parliamentary approval.