Samsung, Apple, LG set for the battle of premium smartphones

The coming fall will be a battlefield of premium smartphones among global leaders Samsung Electronics, Apple and LG Electronics, with all of them featuring similar hardware improvements.

Samsung is expected to fire the first shot with its Galaxy Note 8 at the end of August. Apple’s iPhone 8 and LG’s V30 will follow in the following months. All of them will adopt organic light-emitting diode panels, which make the panels curved, and dual cameras that make pictures more vivid and detailed.

Samsung’s Note 8 may come first in New York at the end of August to avoid direct competition with its rival Apple.

The Note 8 is expected to have a 6.3-inch display with curved edges, Qualcomm’s Snapdragon 835 application processor, dual cameras and upgraded voice-assistant Bixby. 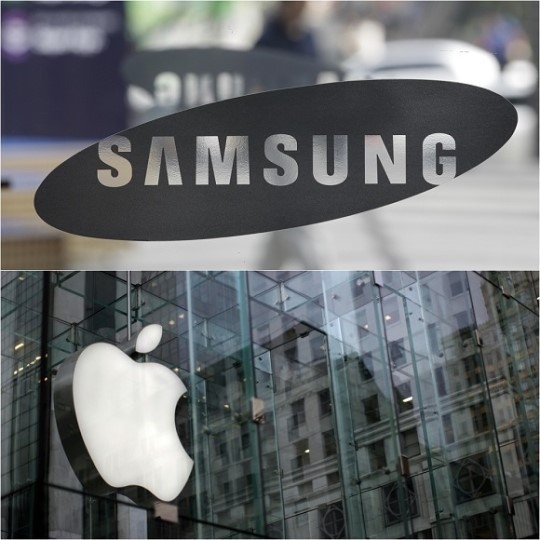 The upcoming device will also feature a fingerprint sensor, iris scanning and facial recognition, the same biometric security options that the Galaxy S8 offers. But, it will not reportedly sport in-display fingerprint sensors -- which are embedded under the display -- due to some technical challenges.
Samsung’s archrival Apple’s new iPhone, which marks its 10th anniversary this year, will come either in September or October. Apple reportedly has not fixed the release date of its iPhone 8 due to a supply issue with OLED panels. Apple will for the first time adopt OLED panels to make the panels curved like the Galaxy S8’s.

LG Electronics is likely to unveil its V30 at the Europe’s largest tech show IFA 2017 held in Berlin in September, targeting European consumers.

LG will also have OLED panels this time, which will make it the second LG device after its G Flex series launched in 2013 and 2015.

The new 6.2-inch device will sport a waterproof, bezel-less full vision display and LG Pay functions, which the G6 offer. The V30 will reportedly come with wireless charging, which was only applied for the LG G6 available in the US market.

Despite the upcoming advanced hardware specifications, software prowess may determine who will win the race, some industry watchers said.

Apple’s Siri and LG’s Google Assistant are not yet intelligent enough to satisfy consumers. Samsung, a latecomer in voice assistant technologies, initially planned to unveil an English-version of Bixby in May but it delayed the service indefinitely due to some technical challenges.

“Smartphone hardware technologies, including displays, cameras and processors, are too mature to attract new consumers, compared to new artificial intelligence and voice-assistant services, which are still at a nascent stage,” said Joo Dae-young, a researcher at the Korea Institute for Industrial Economics and Trade.