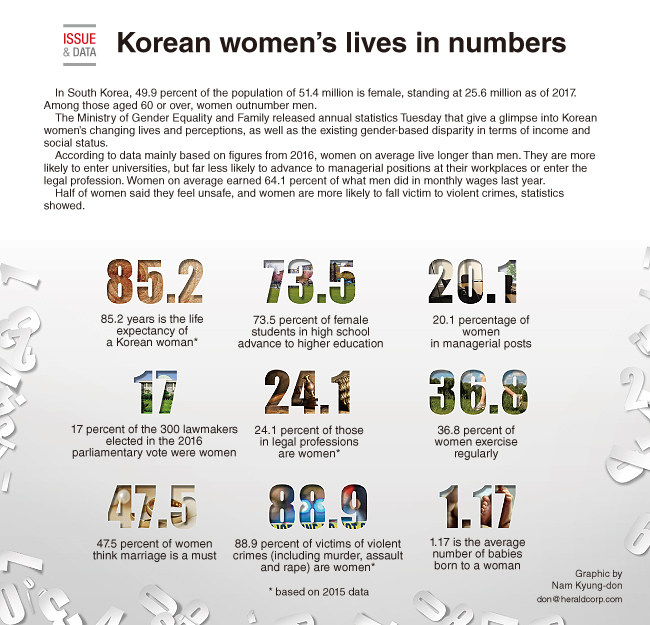 The Ministry of Gender Equality and Family released annual statistics Tuesday that give a glimpse into Korean women’s changing lives and perceptions, as well as the existing gender-based disparity in terms of income and social status.

According to data mainly based on figures from 2016, women on average live longer than men. They are more likely to enter universities, but far less likely to advance to managerial positions at their workplaces or enter the legal profession. Women on average earned 64.1 percent of what men did in monthly wages last year.

Half of women said they feel unsafe, and women are more likely to fall victim to violent crimes, statistics showed.