The decline in the proportion of the middle class is largely attributed to the deterioration in the country’s income disparity, as the gap between the rich and poor is further deepening, the Finance Ministry said. 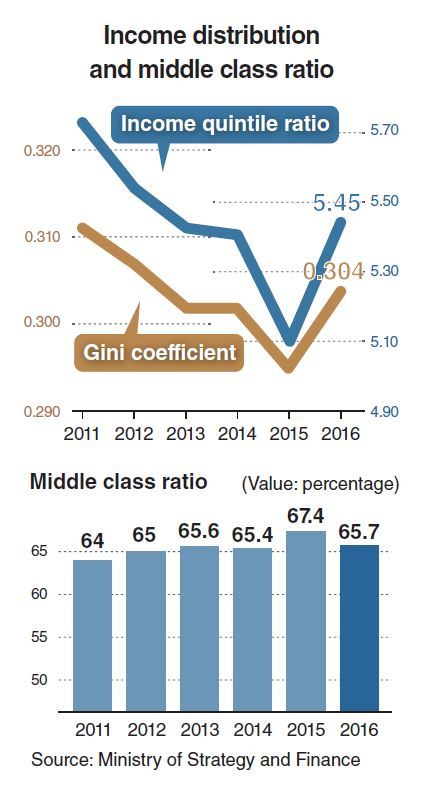 According to data from Statistics Korea, the median monthly income of a four-person household here was 4.39 million won ($3,928). Despite the government’s continued push to narrow the income distribution gap, the gap disparity shot back up last year after five consecutive years of decline.

The data showed the Gini coefficient of the average household’s total income was 0.353 last year compared to the previous year’s 0.341.

The Gini coefficient is a measurement of the income distribution ranging between zero and 1.The formula is based on citizens’ net income and is used to define the gap between the lower and upper class, with zero representing perfect equality and 1 representing perfect inequality.

The worsening of the country’s income distribution is also being attributed to the fact that Korea’s spiking unemployment rate and growing competition in self-employment have led to lower earnings and a spike in low-income earners.