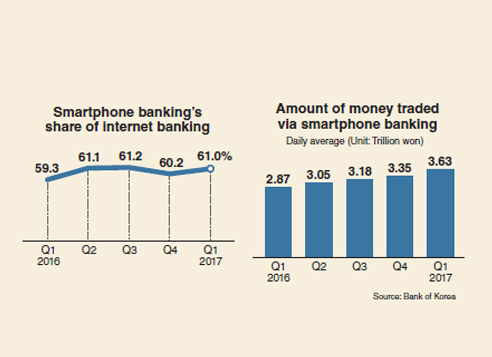 The use and the amount of money traded via smartphone banking apps has continues to surge becoming a major transaction platform, the Bank of Korea’s data showed.

As of the first quarter this year, an average of 94.12 million transactions were made through smartphone banking, up 7.3 percent from the previous quarter, accounting for up 61 percent of all internet banking.

As of the end of March, a total of 77.34 million people were registered to use smartphone banking.