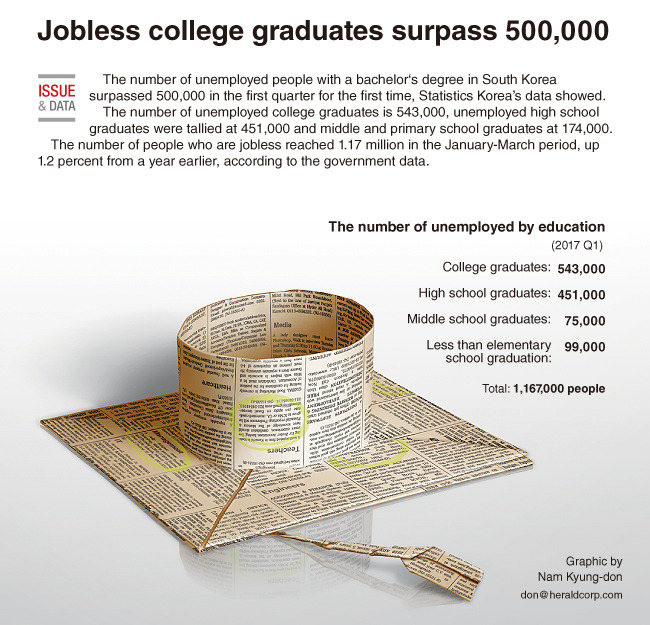 The number of unemployed people with a bachelor‘s degree in South Korea surpassed 500,000 in the first quarter for the first time, Statistics Korea‘s data showed.

The number of people who are jobless reached 1.17 million in the January-March period, up 1.2 percent from a year earlier, according to the government data.