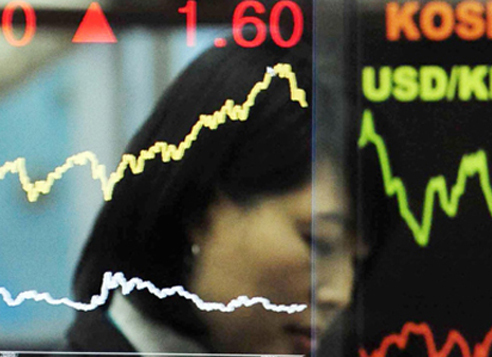 Analysts said the gains were also helped by easing tensions over the ongoing deployment of the terminal high altitude area defense system in South Korea to counter missile threats from North Korea.

A White House foreign policy advisor traveling with Vice President Mike Pence to Asia was quoted as telling reporters that the issue of completing the THAAD installation is up to South Korea's next president.

Depending on major companies' first-quarter earnings results set to be released starting next week, the main index may test the 2,150 level in coming weeks, analysts said.

Auto, financial and defensive stocks led the gains throughout the session. But tech shares limited gains.

The local currency closed at 1,137.70 won against the US dollar, up 2.30 won from the previous session's close.