According to SK Encar, a leading used car dealer here, about 30 percent of motorists owning cars manufactured in Korea said they would shift to imported one if buying a car within in one year. The rest said they would choose another locally made vehicle next time.

Meanwhile, 83 percent of imported car owners said they would stick with a foreign brand if they bought a new one. 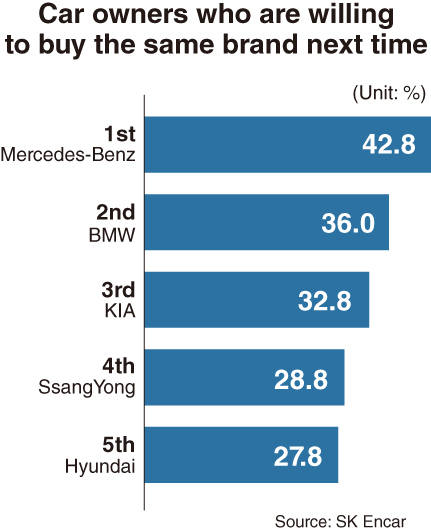 Respondents, however, appeared to be inclined to judge cars on their merits, rather than adhering to a specific brand or origin.

Reliability and durability of vehicles were the two most important decision-making factors, followed by design and price, the study showed.

“It appeared that car buyers consider things other than just brands when purchasing a new car,” said Park Hong-kyu at SK Encar.

“Consumers are showing more reasonable disposition when buying a new car, when compared from (consumer preferences in) the past. Car manufacturers should make efforts to enhance qualities of their cars,” he added.