Combating money laundering is a must, not an option

By Korea Herald
Published : Mar 27, 2017 - 17:35       Updated : Mar 28, 2017 - 09:26
In 1920s, Al Capone, a notorious American gangster, made money illegally by gambling and selling liquor and pretended that the money came from a laundry shop that he ran legitimately. Shop users paid in cash, which made it difficult to know how many visited the shop, and Al Capone abused this situation. This story suggests where the term “money laundering” came from. Money laundering is the process whereby the proceeds of crime are transformed into ostensibly legitimate money. 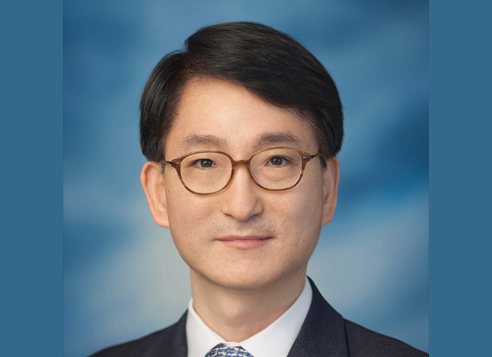 The US regulators fined HSBC Holdings $1.92 billion and BNP Paribas $8.97 billion, for illegally processing financial transactions for countries subject to US economic sanctions. When it comes to Korean financial companies in the US, the US regulators also pointed out that their headquarters in Korea do not fully supervise US branches and lacked sufficient staff and organizations in charge of anti-money laundering. This shows that Korea still has to tighten supervision of money laundering, which is a current global trend. Recently, international organizations including the United Nations and the Organization for Economic Cooperation and Development are making a concerted effort to fight against money laundering and terrorism.

Money laundering entails criminal activities such as tax evasion, embezzlement and bribery. Therefore, given that cross-border transactions are freely carried out these days, international cooperation to tackle money laundering is more crucial than ever. With growing concerns over terrorism, many countries have been closely working together to stem the flow of cash to terrorists. As part of the effort, the Group of Seven jointly established an inter-governmental body, the Financial Action Task Force, in 1989 in order to fight against money laundering and terrorist financing. The FATF currently comprises 35 member jurisdictions, and Korea became a member of the body in October 2009.

The FATF members jointly set standards for combating money laundering and adjust their domestic systems to implement the standards. In addition, the members conduct mutual evaluations to monitor if each other are implementing the standards. Any country which does not conform to such standards will face difficulties in making transactions with the others. In Korea, anti-money laundering related measures such as fighting against financial crimes and normalizing underground economy have been gaining attention as well.

In Korea, anti-money laundering measures were introduced with the establishment of the Korea Financial Intelligence Unit (KoFIU) and enactment of the Act on Reporting and Use of Certain Financial Transaction Information and the Act on Regulation of Punishment of Criminal Proceeds Concealment. In carrying out financial transactions, financial companies should conduct customer due diligence to identify and verify customer identity. And if they detect suspicious activity on any account, they should report the case to the KoFIU. The Korean government recently enacted a legislation that requires financial companies to obtain beneficial ownership information in the CDD process. Korea has a relatively short history of anti-money laundering regime, compared with advanced economies. However, relevant institutions including the Financial Supervisory Service and the KoFIU keep working to raise the level of the local standards to those of the global ones. Especially, the FSS is working hard to advance the level of AML supervision and examination of financial companies in preparation of the FATF mutual evaluation of Korea in 2020.

The FSS has been strengthening its examination system, frequently monitoring whether financial companies have internal control systems in place to combat money laundering and terrorist financing. The FSS also published an anti-money laundering examination manual in 2006 and has trained AML examiners since 2008 with an aim to improve its examination competency. Furthermore, the FSS newly created an AML-dedicated team in 2012. After that, in 2016, it adopted the Risk Based Approach which focuses examination capacity on areas that pose high risk of money laundering or terrorist financing. Along with these efforts, the FSS has been closely cooperating with the KoFIU to actively respond to internal and external issues regarding money laundering. As a result, Korea successfully finished the FATF mutual evaluation in 2009, becoming a member of the inter-governmental body. Moreover, Busan Metropolitan City of Korea hosted a plenary meeting in 2016, which contributed to raising global status of the country.

The FSS will keep working tirelessly to train competent AML examiners and enhance relevant capacity. On top of that, based on close cooperation with financial companies, the FSS seeks to create a more transparent and reliable financial system which facilitates effective flow of funds. In particular, the FSS will make efforts to close the regulatory gap by strengthening examination of non-bank institutions that have relatively lower level of AML compliance than banks. In addition, the FSS will work to increase the effectiveness of sanctions against violation of AML law and regulations.

Fighting against money laundering is not an option but a must.