Trading of STX stock has been suspended since Feb. 16 due to the erosion of its capital base. SM Group, which has been taking over a series of financially troubled companies in recent years, was picked as the preferred bidder for STX last week. 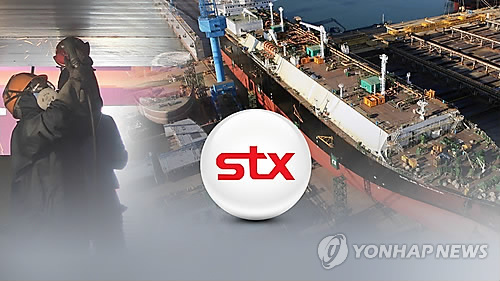 “Through debt-for-equity swaps by creditors and capital increase, STX‘s debt ratio will fall to below the 200 percent level,” said an official at SM Group.

“STX trading will be resumed if it submits related documents that tell that its financial health has improved,” said an official at the Korea Exchange.

If STX fails to submit related documents by the end of this month, it may get delisted from the local bourse.

SM Group has vowed to improve the financial status of STX after the takeover, which will allow the trading of STX to be resumed.

STX, established in 1976, was put under a creditor-led restructuring scheme in 2014 in line with the demise of its parent STX Group.