South Korean stocks fell Monday as foreign investors remained net sellers for the first time in 11 trading days, with investors opting to cash in part of their recent gains. The Korean won rose against the US dollar. 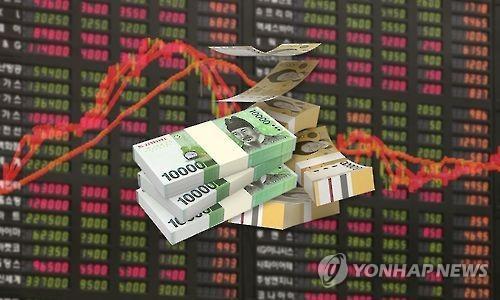 Also, investors took to the sidelines over the news that Group of 20 nations stopped short of making a pledge to avoid trade protectionism at a meeting over the weekend.

Kwak Hyun-soo, an analyst at Shinhan Investment, said foreign investors are likely to continue to sell local stocks for the time being, citing their pattern of trading since the 2008-09 global financial crisis.

Automakers traded in positive terrain, with industry leader Hyundai Motor up 3.3 percent to 156,500 won, and its smaller affiliate Kia Motors edging up 0.41 percent to 37,000 won.

The local currency closed at 1,120.10 won against the US dollar, up 10.8 won from the previous session's close.