Yoo met with IMF Managing Director Lagarde on the sidelines of the G-20 Finance Ministers and Central Bank Governors meeting held in Baden-Baden, Germany, in an effort to promote IMF's understanding that South Korea's policy does not constitute currency manipulation. 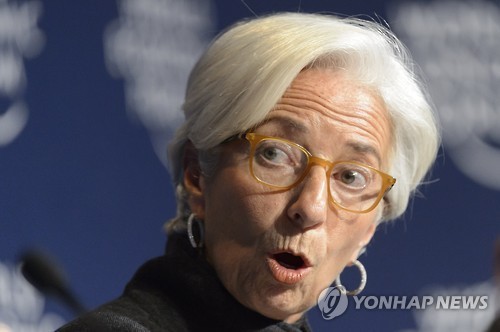 The meeting took place as the United States prepares to issue a currency report next month in which currency manipulators are designated. The US usually takes into account the IMF's assessment of member nations' foreign exchange policies.

During the meeting with Lagarde, Yoo asked for fair and careful assessment of South Korea's foreign exchange policy, stressing that exchanges rates are freely determined by the market, with the exception of fine adjustments in both directions only at times of steep fluctuations.

He also explained that the growth in South Korea's trade surpluses is due mainly to the fall in oil prices and the aging of the society, according to officials. (Yonhap)